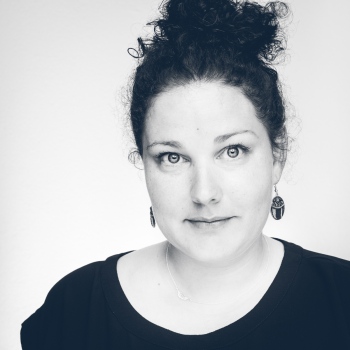 Photographer @ Kolektif 2D based in Haïti

Valérie Baeriswyl (35) is vegetarian, outspoken and is especially entertaining when speaking English with her thick French accent. She is also a Swiss photographer who studied photojournalism in Paris, currently based between... read on
About

Valérie Baeriswyl (35) is vegetarian, outspoken and is especially entertaining when speaking English with her thick French accent. She is also a Swiss photographer who studied photojournalism in Paris, currently based between Haiti and Switzerland. Passionate about people and their communities, she is particularly interested in those belonging to minorities, covering their interaction with society at large. She developed a passion for travel from a young age to further broaden her horizons and experience new cultures all whilst photographing people, enhancing their beauty and their differences.

If minorities have always interested her it is possibly because she has always felt a little bit of an ‘outsider’ herself. She had to learn to embrace her differences and accept that they can be a force rather than a weakness, something to be proud of rather than hide away.

Should she claim to have a single purpose through her work, it would be to inform by offering alternative perspectives. As we live in a world of pre-conceived ideas, where the media have an undeniable influence on our view of events and cultures, Valérie attempts, whenever possible, to shine another light onto a subject, to show an alternate truth and present a people in their real environments, often far less negative than the world would have us believe. Photography allows her to fix a moment in time which can then be vividly remembered and used to further tell a story, set a scene and allow other people to get personally involved with the subject at hand.