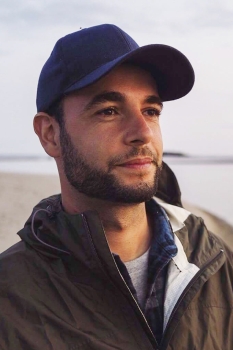 Photographer / Based in Bangkok, Thailand

Andre is a fully accredited photographer based in Bangkok, Thailand, since 2016. From 2013-2016 he lived and worked in Myanmar exclusively, as the country struggled through the early days of democracy, and was awarded Magnum Photos 30... read on
Focus: Photojournalist, Videographer, Photography
Skills: Audio Recording, Photo Editing, Multimedia Production, Retouching, Adobe Creative Suite
| www.andremalerba.com
Clients:

Andre is a fully accredited photographer based in Bangkok, Thailand, since 2016. From 2013-2016 he lived and worked in Myanmar exclusively, as the country struggled through the early days of democracy, and was awarded Magnum Photos 30 Under 30 for a long term project he created during that time. Andre has developed extensive knowledge of the region, along with a strong sense of ethics gained from working on a wide variety of stories throughout Southeast Asia.

His assignments range from business and economic stories for clients such as Bloomberg, to cultural and breaking news for The New York Times, and The Washington Post, as well as smaller niche outlets like Rest of World. He has spent years monitoring the ebb and flow of news and events throughout Southeast Asia, using this knowledge to keep regional editors informed and supplied with images and stories of interest. His early work in Myanmar as a freelancer, at a time when SIM cards were not available and information was limited, has fostered the keen ability to problem solve in the field and adapt to unpredictable situations. The ability to connect with people and feel comfortable with many different cultural and social norms despite language barriers has been a necessity and a joy.

Andre's work has been published internationally in print and online at The New York Times, Bloomberg, The Washington Post, Stern, BBC, Al Jazeera America, Terra Mater, Foreign Policy Magazine, Pacific Standard, Pro Photographer Magazine, among others. He has collaborated with various NGOs including the Novartis Foundation, Save The Children International, Natural Resource Governance Institute, Médecins Sans Frontières and WORTH. Andre is adept at producing a set of news video clips for clients such as Bloomberg, but has also worked on projects for Google, the Swedish International Development Cooperation Agency, Al Jazeera+, and China Daily Asia.

Andre also enjoys speaking and teaching, and has co-led photography workshops in Myanmar, in conjunction with the Caravan's Journal, and has spoken at the CUNY Graduate School of Journalism and for the ICRC, as well as his former high school.

The International Center of Photography

The University of Vermont
Cart
Loading...
Edit Check Out