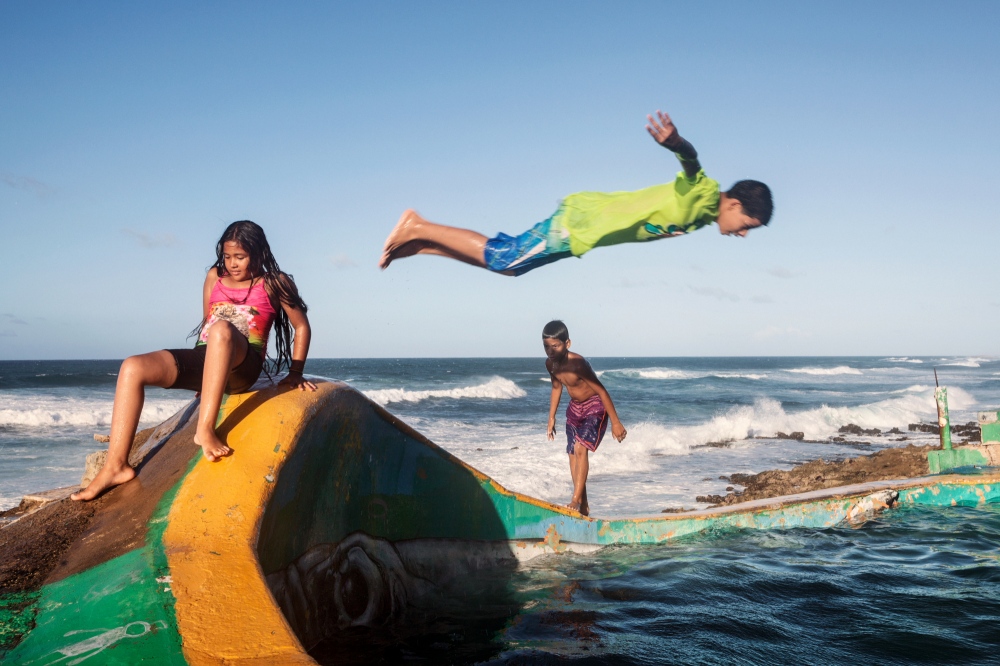 1 of 14 © 2020 Albertina D'Urso
Children are diving in the swimmingpool in the historical community of La Perla. 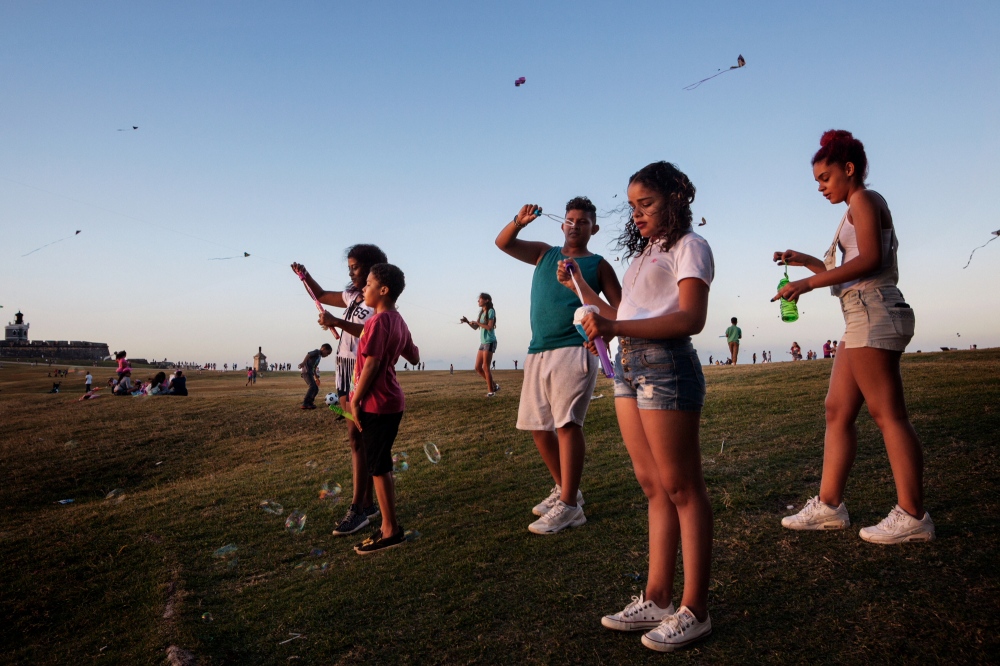 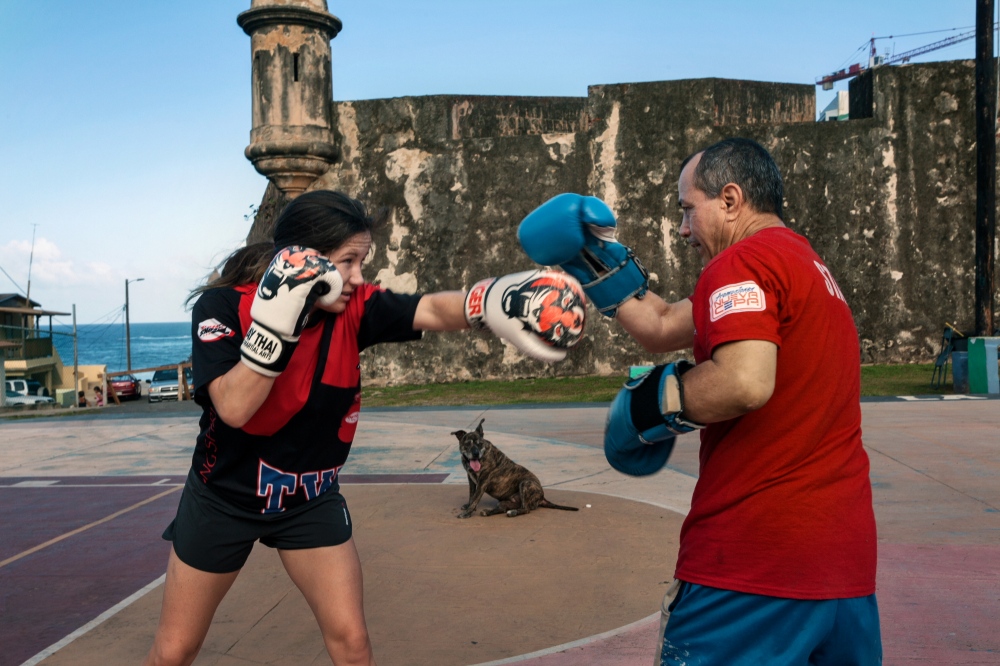 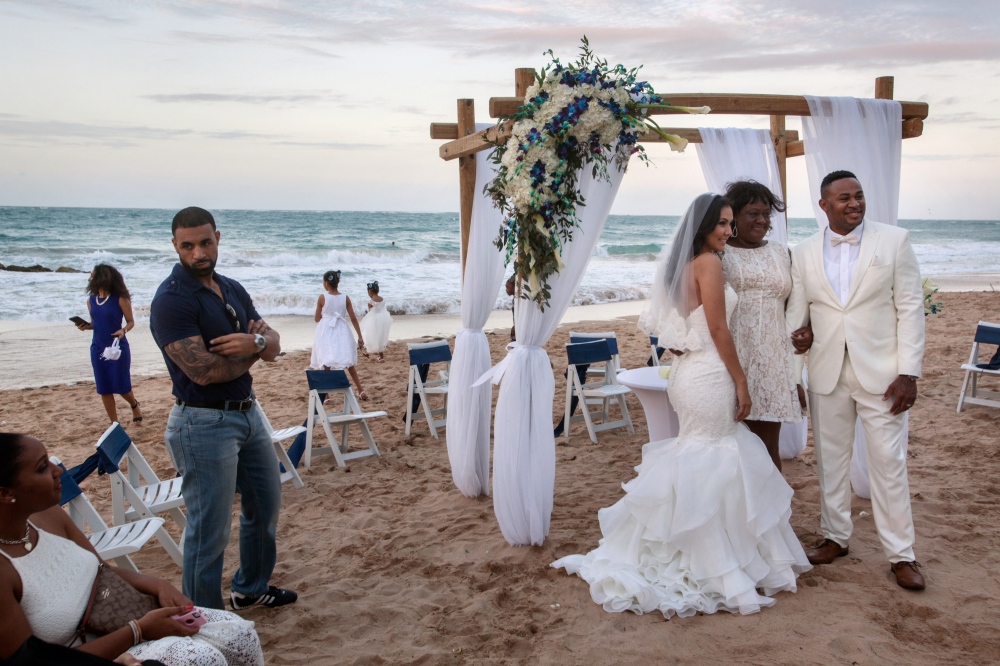 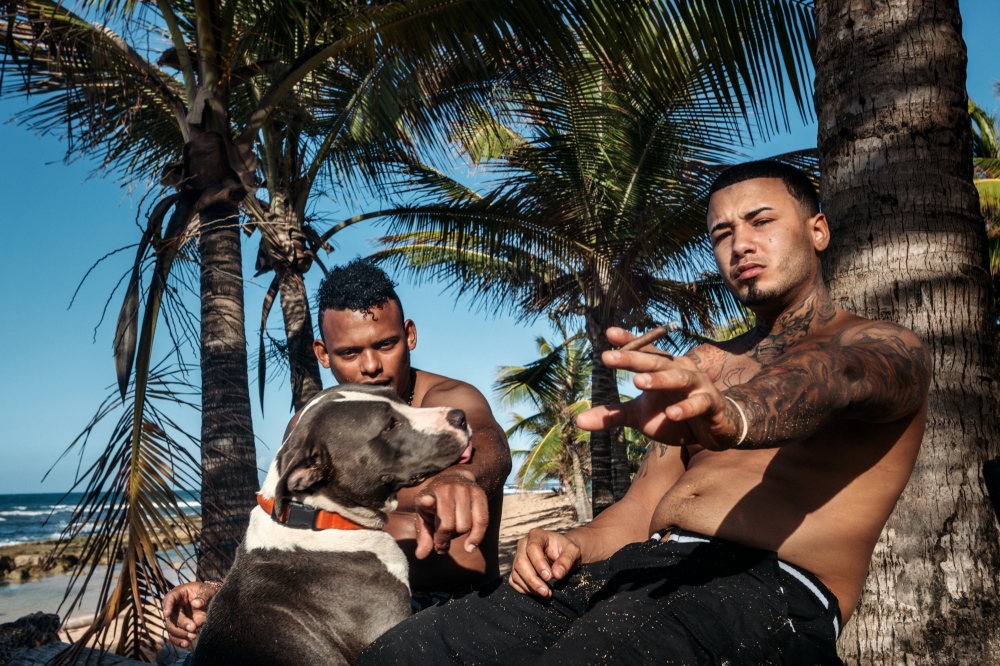 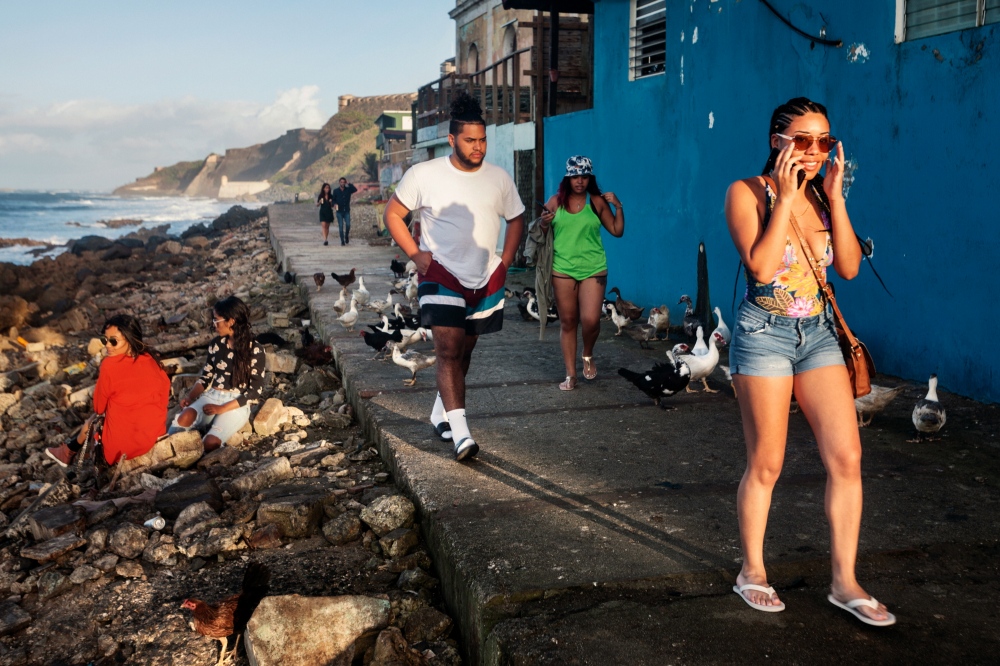 6 of 14 © 2020 Albertina D'Urso
La Perla, a historical community located right in between the forts of San Cristobal and El Morro, in Old San Juan. 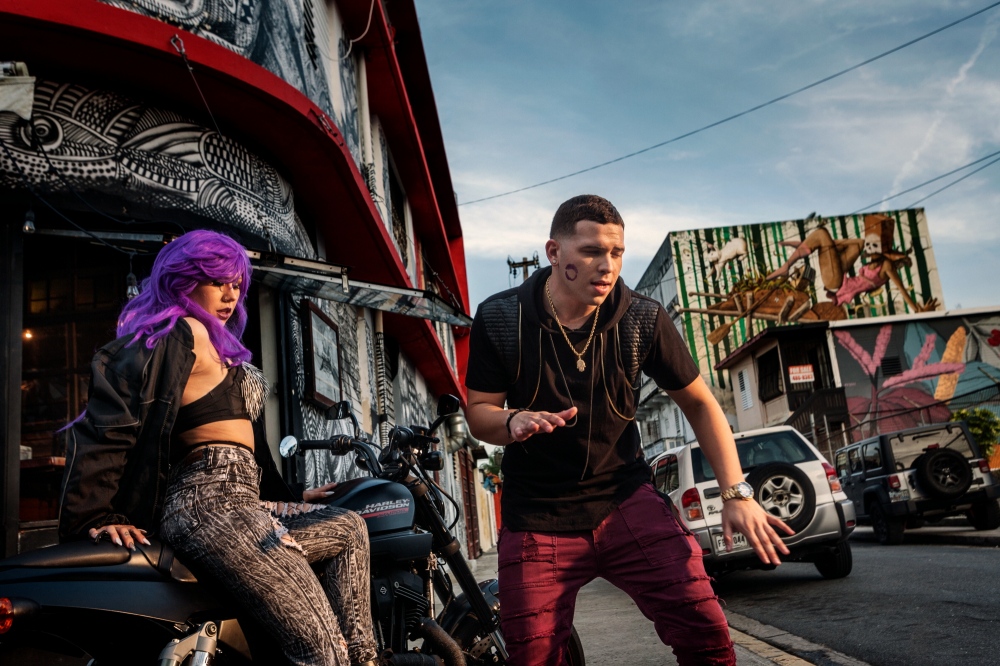 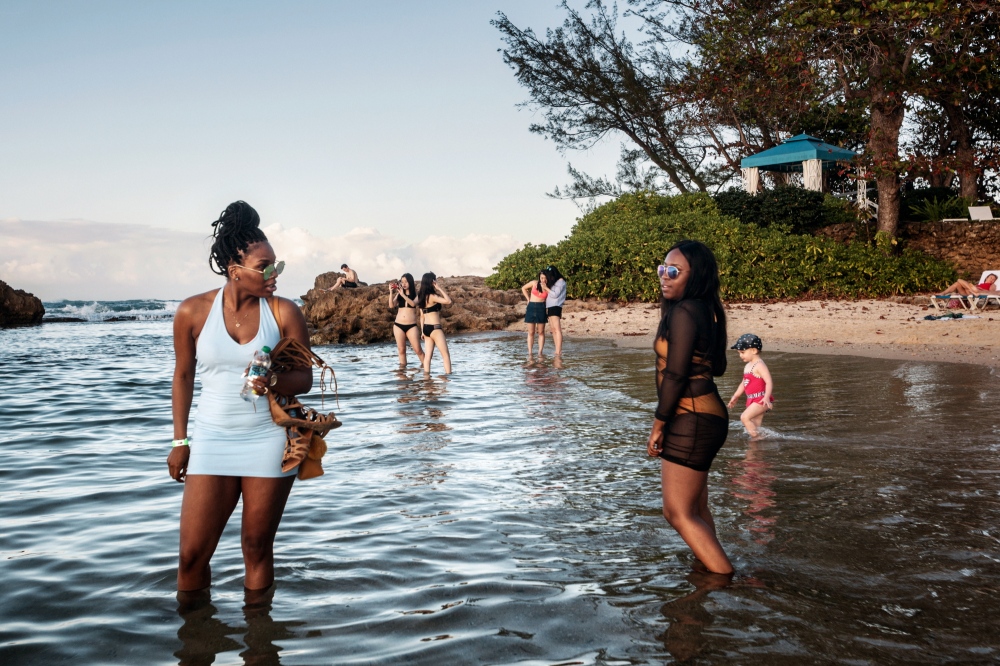 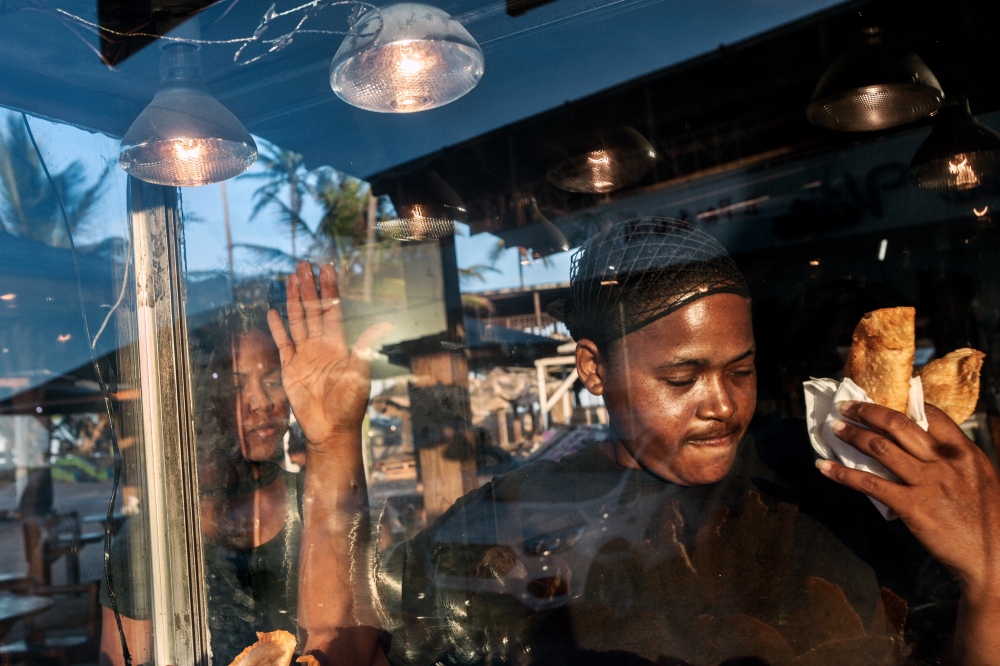 9 of 14 © 2020 Albertina D'Urso
Brandeny buys some snacks at a reataurant in Piñones, Loiza. 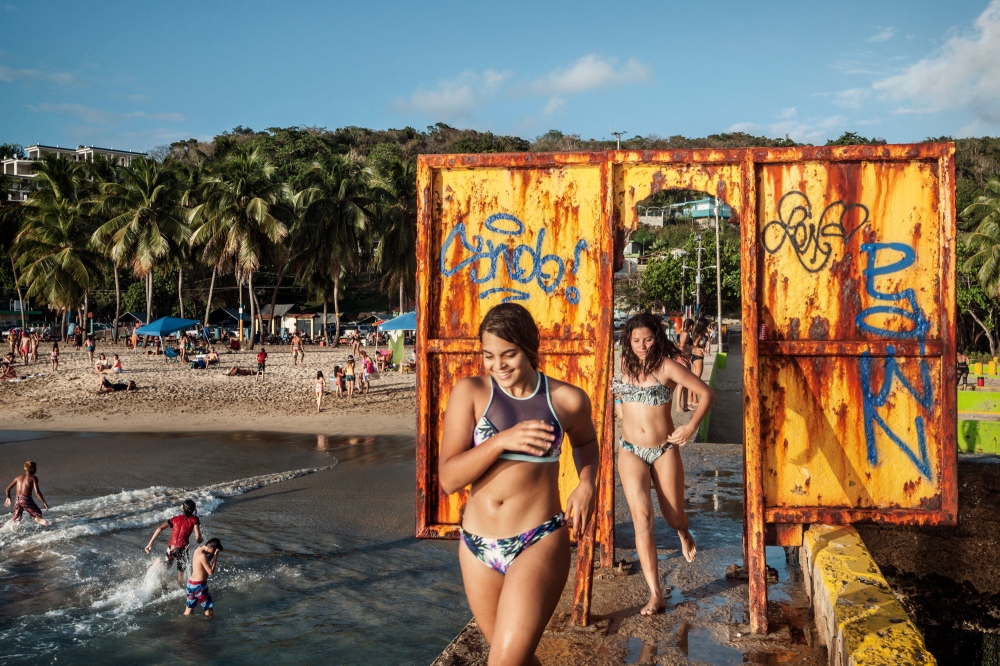 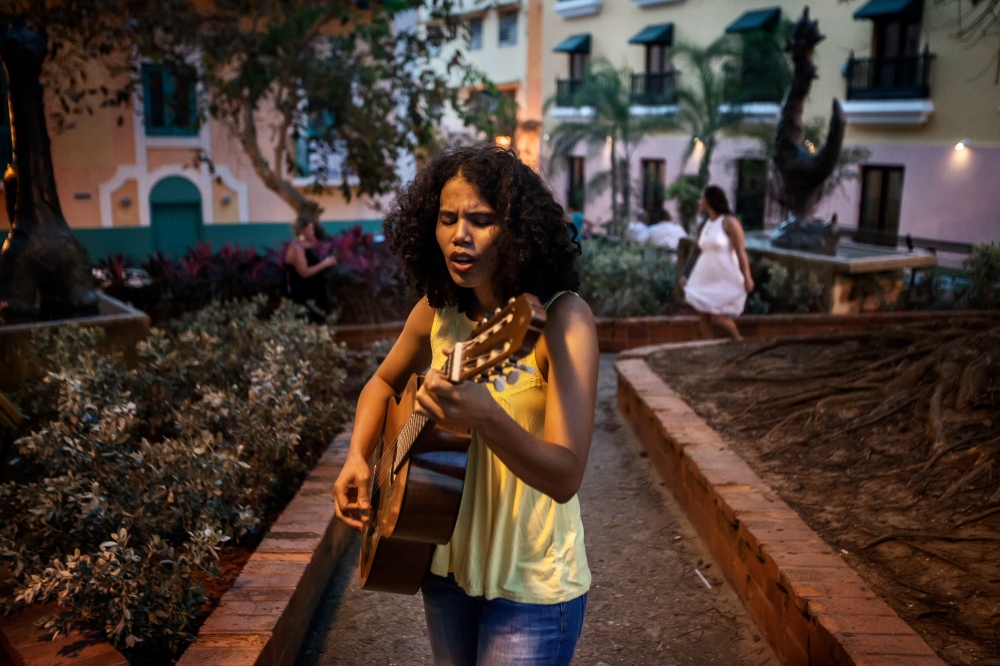 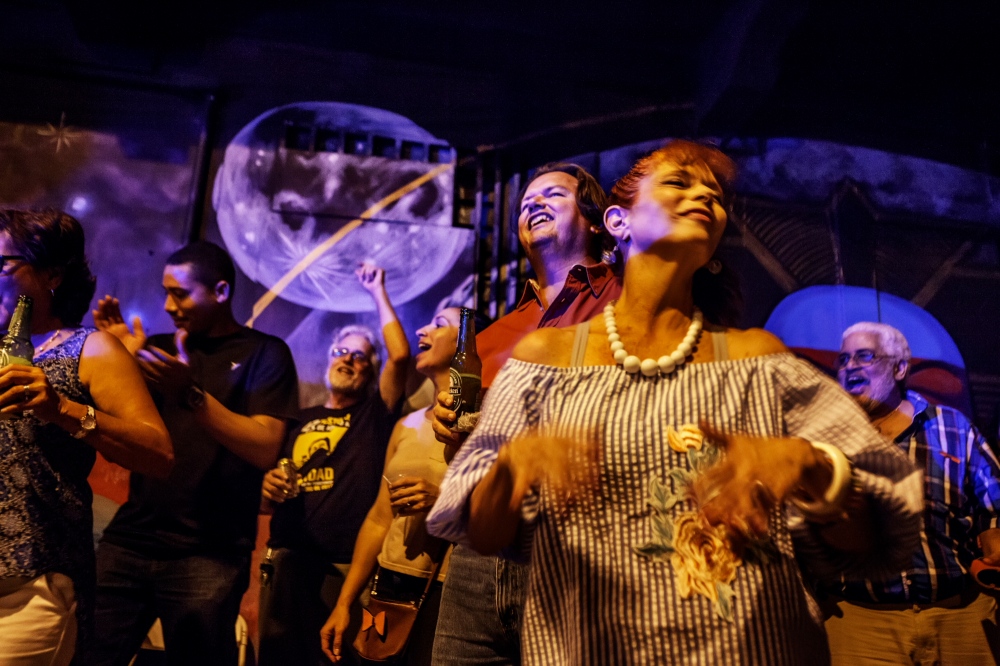 12 of 14 © 2020 Albertina D'Urso
People are dancing in the street outside the popular bar Esquina Watusi, in Santurce. 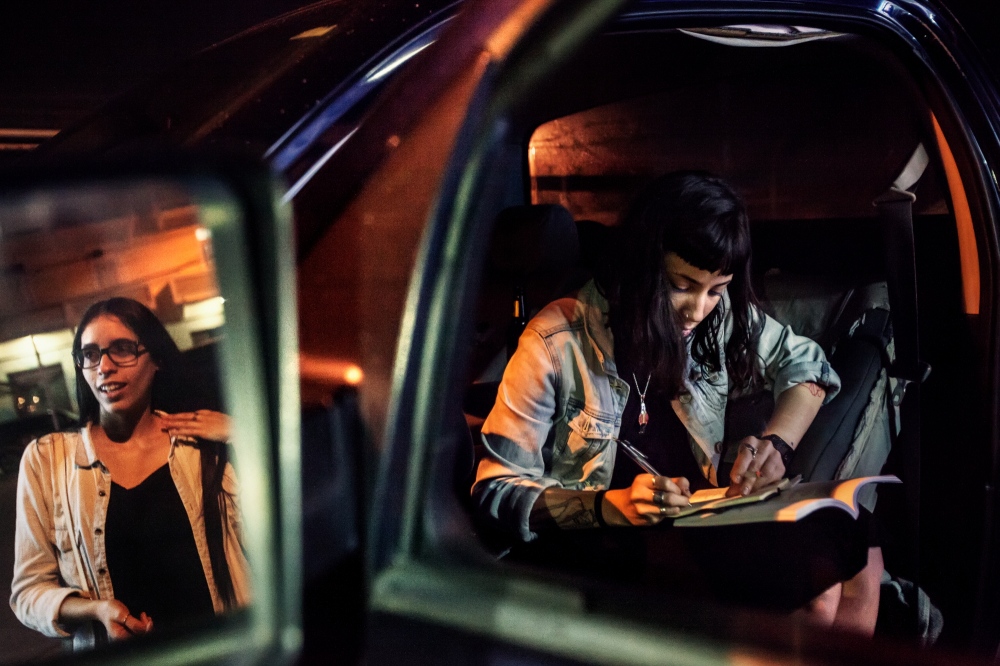 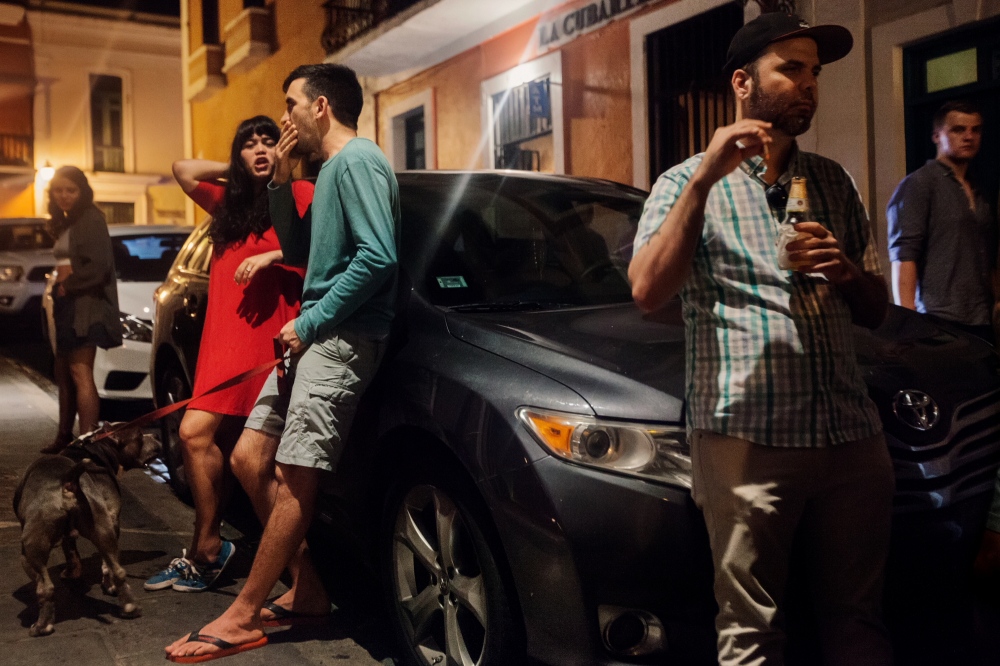 2017 marks the 100th anniversary of U.S. citizenship for residents of Puerto Rico, a Spanish colony for four centuries, which has been ceded to the United States just 19 years earlier, in 1898. But it's a limited form of citizenship: Island residents pay Social Security and Medicare taxes, and thousands have served the U.S. Armed Forces, but they can't vote in the presidential election, don't have voting representation in Washington D.C and receive fewer benefits than U.S. states. Moreover, Puerto Rico is facing a decade-long economic crisis and a poverty rate three times that of the United States but, as a commonwealth, cannot file for bankruptcy and has to accept the presence of a federal control board that imposes austerity measures, including painful cuts to pensions, education and health spending.

That’s why, one hundred years later, concerns has started to grow over Puerto Rico’s relationship with the United States. It looks clear that the current political structure doesn't work anymore and it’s time to settle the island's status once and for all.

Puerto Ricans will decide which road to take voting in a referendum, set for June 11. Puerto Rico has already held four status referendums, which have resulted in no absolute majority, therefore in any change. But this will be the first in the island’s history to offer citizens only two options: "Statehood" and "Independence/Free Association," and not the choice of retaining the current Commonwealth status.

The new Governor Ricardo Rossello is advocating for the island to became part of the United States as, if U.S. Congress ultimately approve it, it could receive an additional $10 billion in federal funds a year to overcome the crisis, and it will give its 3.5 million citizens equality an absolute democracy.

However, it's not evident that statehood is the clear majority right now. Full assimilation will mean that Puerto Rico will give up its nationhood,  Olympic team, flag, language and ability to determine its future. And this may frighten Puerto Ricans, who are strongly attached to their identity, Latin culture and never felt 100% American.

Should the option of Independence/Free Association prevail on June, a second vote will be held on October, addressing whether Puerto Rico should seek free association with the U.S., (like the Federated States of Micronesia, the Republic of the Marshall Islands, and the Republic of Palau) or complete independence.

In any case, one thing is sure: Puerto Rico colonial condition is coming to an end, and the island will soon become either the 51st American state or the 194th member of the United Nations.

By Albertina d'Urso / Rio de Janeiro — The favelas of Rio de Janeiro are mostly known for violence and drug trafficking. But, also if those..
Jul 6, 2015

By Albertina d'Urso / mekong river — Along the Mekong China, Burma, Thailand, Laos, Cambodia, and Vietnam are countries that are very different..
Mar 27, 2013