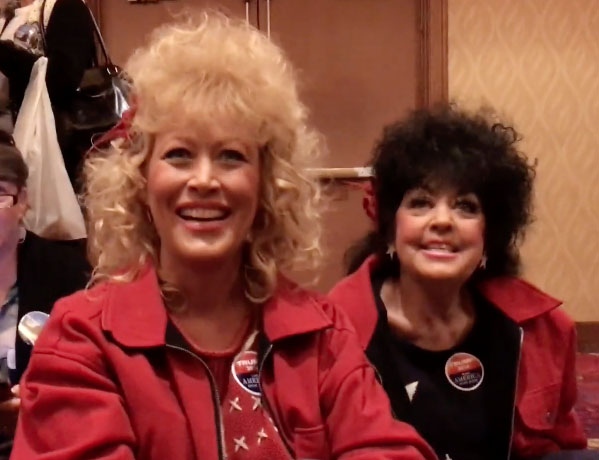 Documentary Director Sean Dunne and I went to a Donald Trump rally in Las Vegas, Nevada. We shot this piece together using only our iPhones. Edited by Kathy Gatto

Documentary Director Sean Dunne reached out about filming a Donald Trump rally while we we’re both slated to be in Las Vegas.

The idea was to go where the media wasn’t filming. Anyone with a media pass at the event was corralled to a small gated pigpen inside the main speaking room. Also, we upgraded our iPhone’s before our trip and filmed on those using the 4K video feature. I think this helped us get a real conversation going amongst the people we spoke with. There were no external lights or even microphones. We just kept it simple and it low key. And with that we were able to learn and understand the connection these people felt to their country, and to Donald J. Trump.

Sean ended up front row inside the event where Trump was speaking and I hung back with the crowds who weren’t able to get inside. Between those two points were other people we knew with iPhones recording what they saw. Sean and editor Kathy Gatto then poured over all the footage and delivered an amazing cut that highlighted all that was filmed.

As a photojournalist who documents through photo and video this was an amazing experience that brought me closer to my craft than ever before. Being amongst the people is where I like to be and what I enjoy documenting the most.

By Brit Worgan — Started in 2017, this is an on-going portrait series of people who idenify with "They/Them" pronouns
Jan 12, 2018

By Brit Worgan / Chicago, IL — I sought to tell the story of deep community in the LGBT community by documenting International Mr. Leather..
Jun 7, 2017

By Brit Worgan / Phoenix, AZ — GAY RODEO: Gender and sexuality within the cowboy rodeo circuit has traditionally been seen as..
Feb 19, 2016