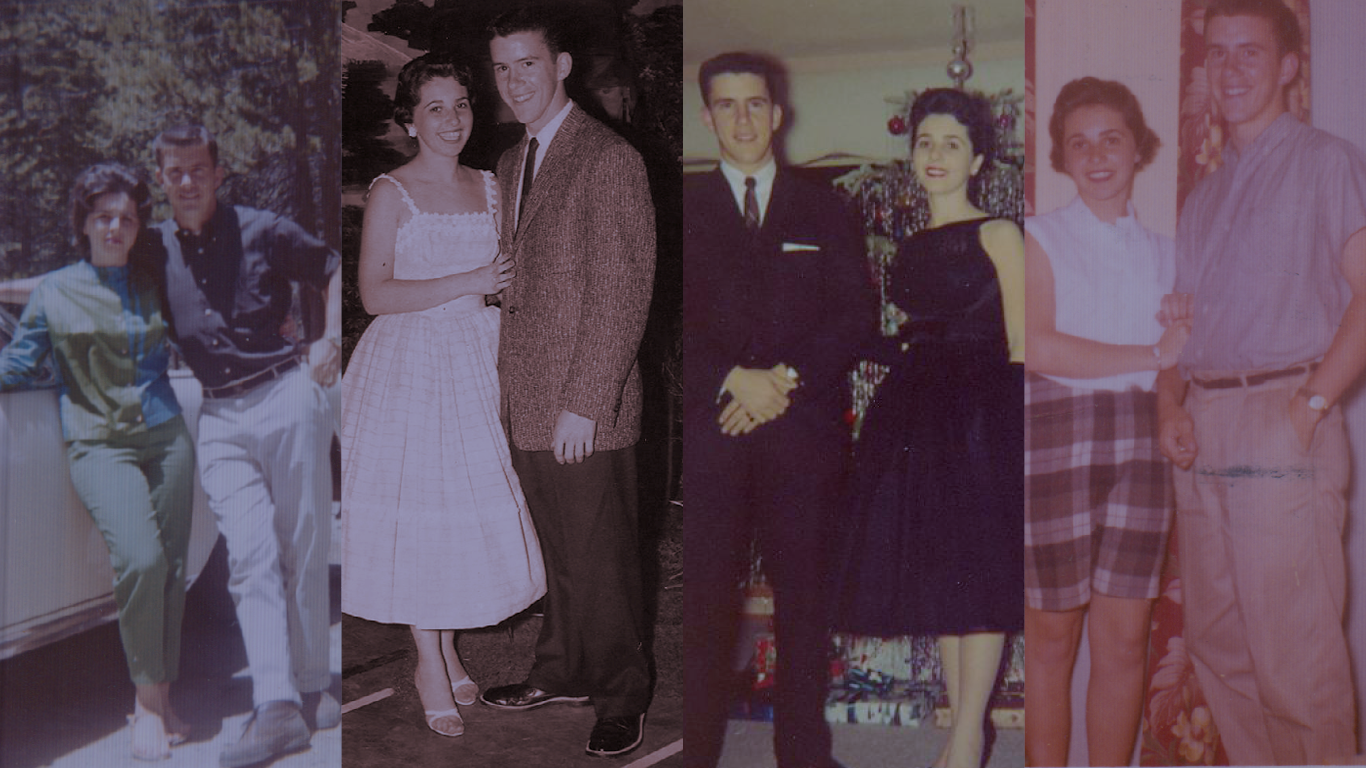 Gina and I last connected in 2017 for an article on the Bob and Diane Fund. A lot has happened since, and I thought what a great opportunity to catch up now that the fund is accepting submissions through October 25, 2020.


Adriana Teresa: Delighted to connect again, Gina. For those who may not know—what is the Award? And what is the best way to apply?

Gina Martin: Thank you again for the opportunity to share what we are doing. This is our 5th year of the Bob & Diane Fund. We support photographers who are working on stories related to Alzheimer's and dementia through grants and scholarships. We just launched our 5th open submission for our $5,000 grant. The grant supports work that already exists and to assist in getting the work published in magazines, online, book form, or exhibits. The deadline is October 25, 2020, and the winner will be announced in November. You can find all the information and apply via our website, here.


The Bob & Diane Fund has accomplished so much in the past years. What are some success stories?

Gina Martin: In 2019, we launched STILL LIVING – a photo contest for people living with the disease and awarded the 3 top images. Our 2018 grantee Stephen DiRado published his first book, With Dad, with help from our grant. You can purchase the book here. 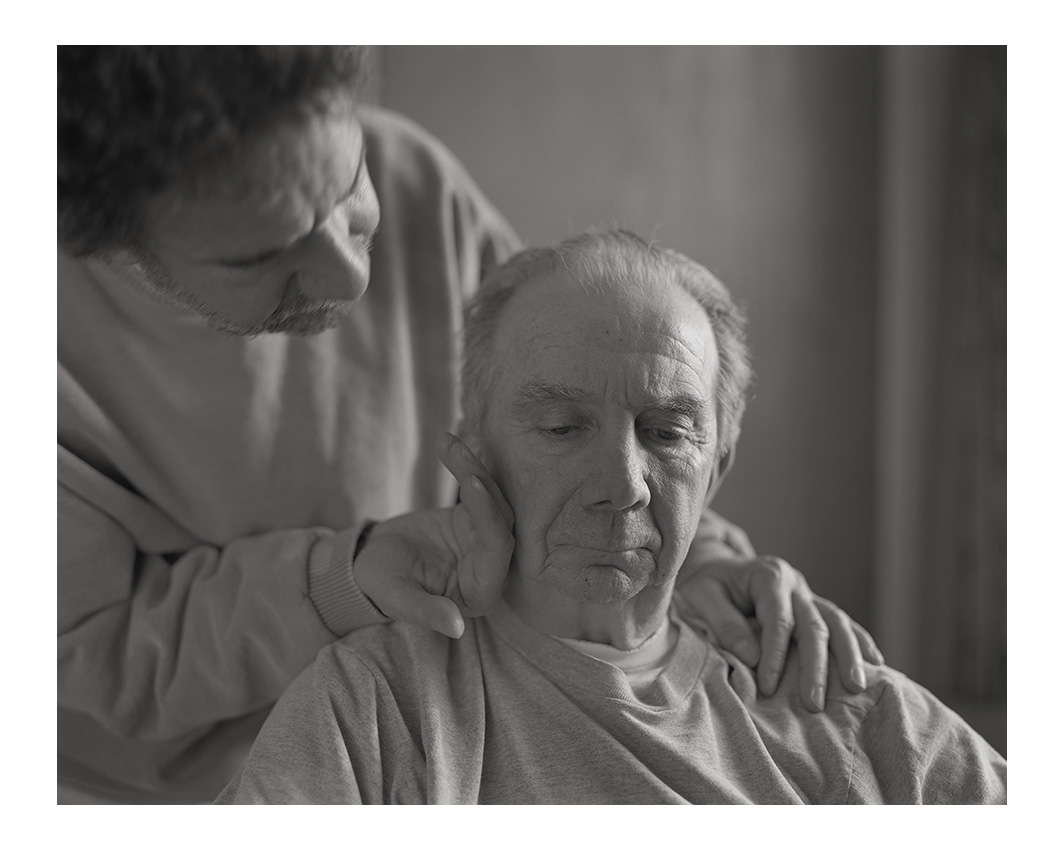 © Photo by Stephen DiRado, Recipient of the Bob & Diane Fund Award in 2018

A non-profit 501(c)3 organization, The Bob & Diane Fund aims to better inform viewers about Alzheimer's and Dementia. What are some examples of topics you seek in stories?

Gina: We are interested in all kinds of subjects about this disease – from science-based stories to portraitures of a loved one. But what we always really look at is if the images are strong and do they tell a story. 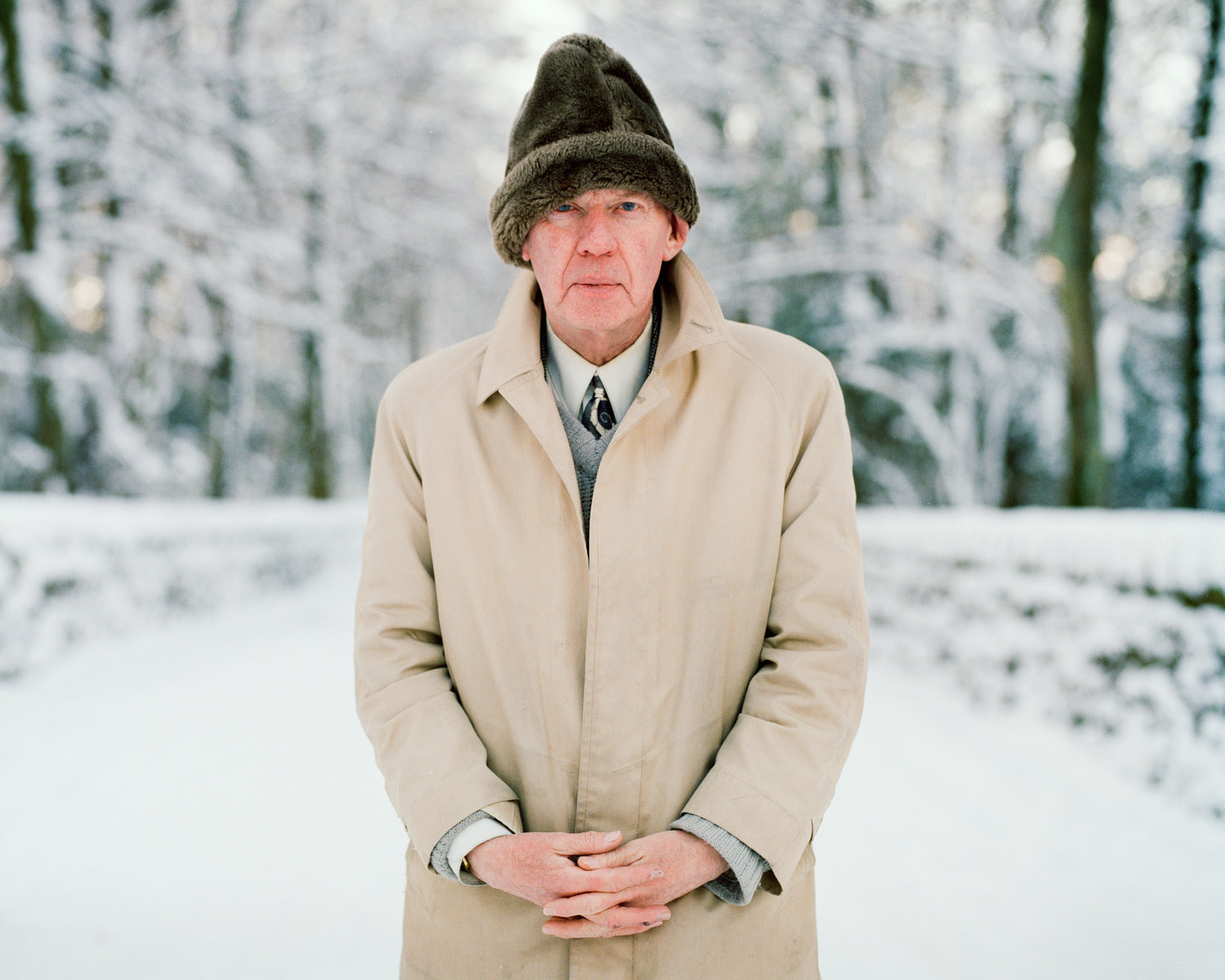 © Photo by Chris Nunn, Recipient of the Bob & Diane Fund Award in 2017

Through this fund, you are also informing viewers with facts. How can visual storytelling amplify the work of scientific research and investigations around Alzheimer's and Dementia?

Gina: Being with National Geographic for 20 years, I understand how visual storytelling can make a difference. Images can be powerful. They can change policy and people’s perception. Complemented with facts and research – images can push people to care and give money for scientific research to find a cure.

Photo of Gina Martin with her parents in Mexico. After a 5 year battle, Gina's mom died of Alzheimer's in 2011. Her dad was her loyal caregiver, advocate, and husband for 49 years. He died just 3 short months after her passing. The Bob & Diane Fund was Gina's wish to honor her parents.

This fund is personal and honors both your mother and father. In 2011, your mother passed away from Alzheimer's. What is the importance of honoring both of them in this fund?

Gina: I chose to name the non-profit the Bob & Diane Fund to honor both my dad and mom. My parents were happily married for 49.5 years. They were high school sweethearts and always had a strong relationship. When my mother was diagnosed at 65 years old my father stepped up immediately. He understood the disease and was prepared for what their future held. There were definitely difficult days and lots of tears, but he was committed to taking care of my mom and keeping her at home as long as possible. Luckily, my mom only lived with Alzheimer's for 5 years - which is not long for the disease. She died on Halloween in 2011. Three months later in February was my dad's 70th birthday.  It was his first birthday without my mom since he was 17 years old.  He was emotionally struggling that day when he went to dinner with my family.  They had a cake, he made a wish and dropped dead 30 minutes later. My sibling and I truly believe he wished to be with our mother again.  It was the perfect ending to their love story.


What have you learned since launching the fund? And, how has the organization evolved with those lessons?

Gina: Where to begin. I always say if I knew then what I know now – I would never have started it. Because I NEVER would have thought I could. But I can and I have.

When it began, I thought I would be awarding a photographer $5000 each year and that would be it. But we work very hard to help the photographer get the work published and to bring visual awareness around the world.  I also never thought I would be so involved with the Alzheimer’s community – which I love. I enjoy engaging on social media and in person at conferences and seminars.

We are all striving for the same goal – finding a cure.  I work on the fund most days all year – not only during the grant period. 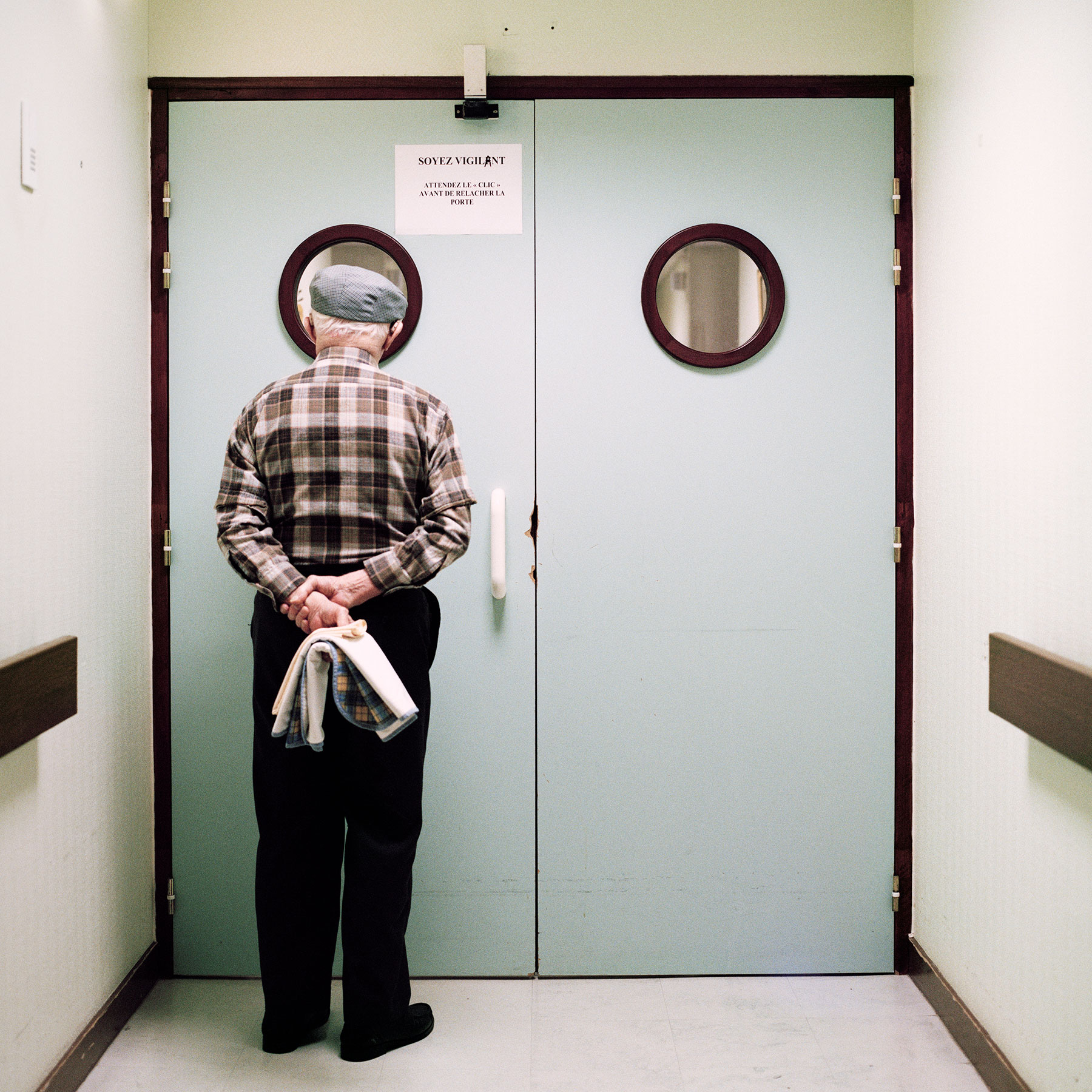 © Photo by Maja Daniels, Recipient of the Bob & Diane Fund Award in 2016

The fund is now accepting submissions for this year's 2020 Award. What are you looking for in the submissions?

Gina: We are always hoping for diverse submissions – from amateur to professional work.  From portraiture to reportage. And always from across the globe.  We average about 70 submissions a year from 22 countries! 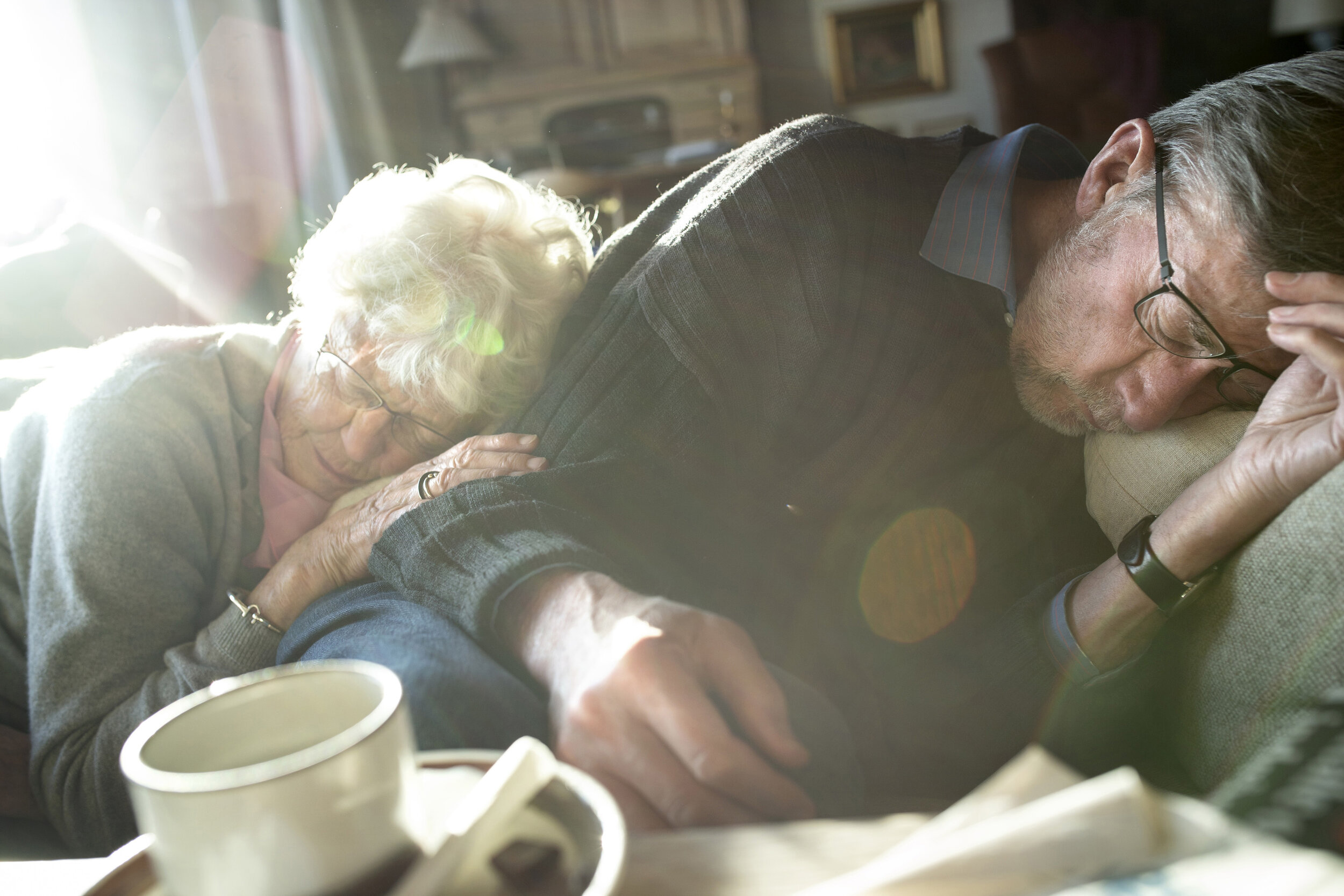 © Photo by Sophie Mathiassen, Recipient of the Bob & Diane Fund Award in 2019

What is your goal with this fund, and how has it evolved since the award launched?

Gina: The goal is to continue bringing a visual awareness to Alzheimer’s and dementia so people understand it, feel connected,  care – and want to find a cure. I hope to increase the yearly grant and support photographers more through mentorship grants, workshop scholarships, exhibits, and more.

Check out interviews and other key news posts related to Gina Martin.
In Conversation with Gina Martin on the Bob and Diane Fund (2017)
Opinion | Helpful hints from a photo agency & photo junkie at National Geographic Creative