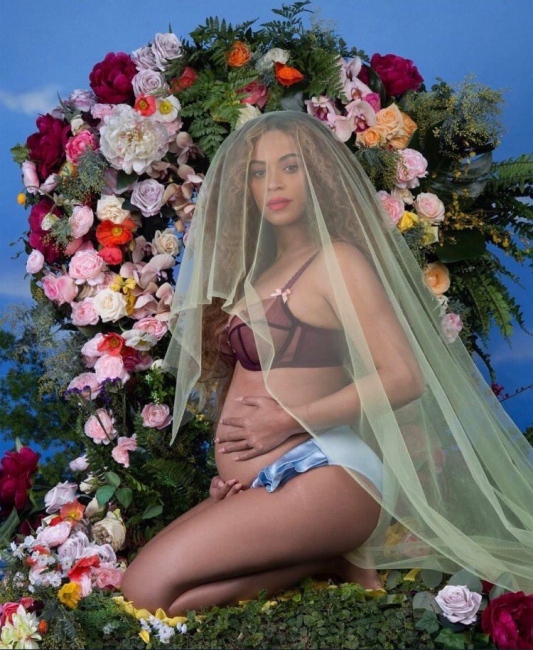 Crave fave Awol Erizku has made headlines worldwide as the artist who photographed Beyoncé's pregnancy photographs. The superstar wowed the world on the first day of Black History Month when she posted a portrait of herself on Instagram wearing nothing but a bra, panties, and veil, showing her bare belly swelling with life, with the announcement that she and Jay Z are expecting twins. That post, which set the internet aflame, now has more than 9.2 million likes.

Seated in profile in front of an enormous wreath, Beyoncé evoked the goddess of fertility and the rites of spring. Yesterday, ARTNews reported that a source close to Nina Johnson gallery, Miami, revealed that Awol Erizku confirmed via text that he took the photograph.