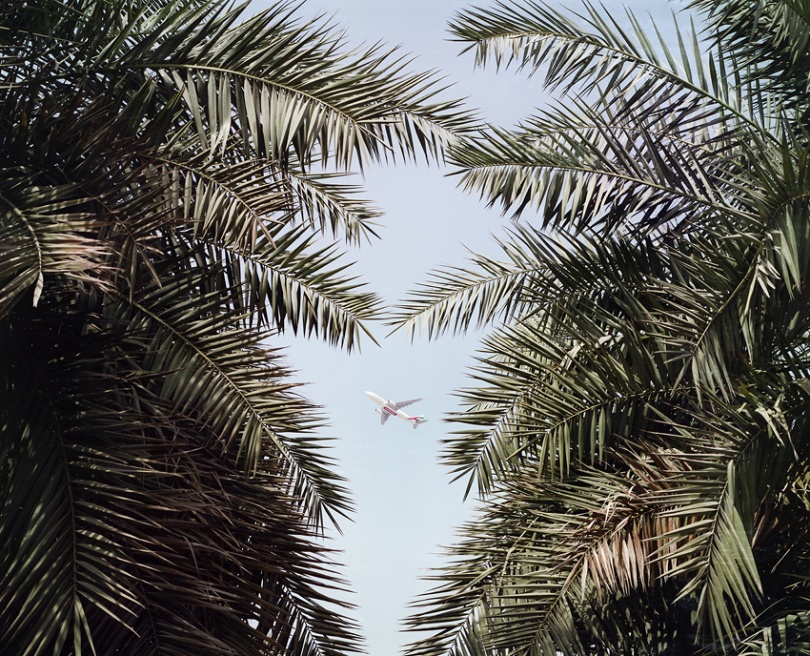 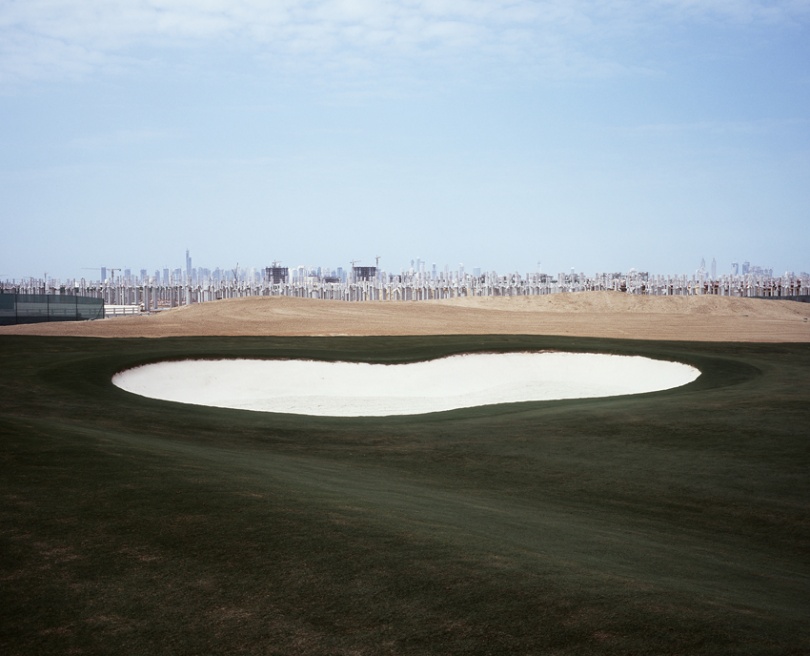 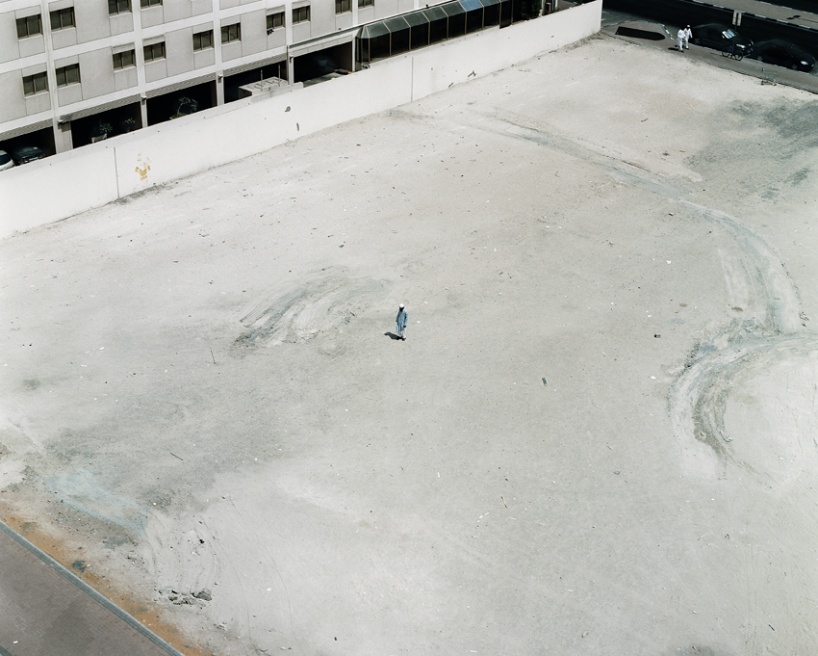 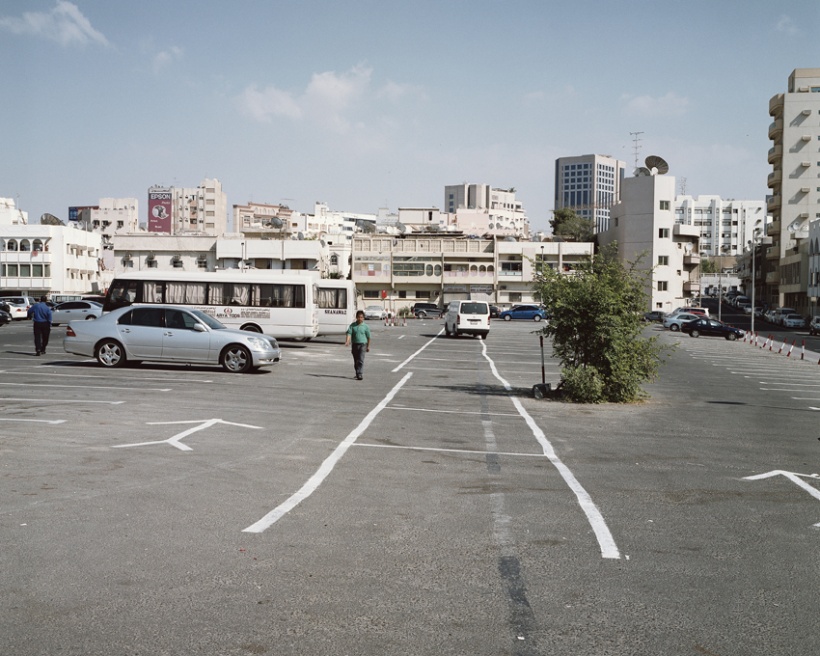 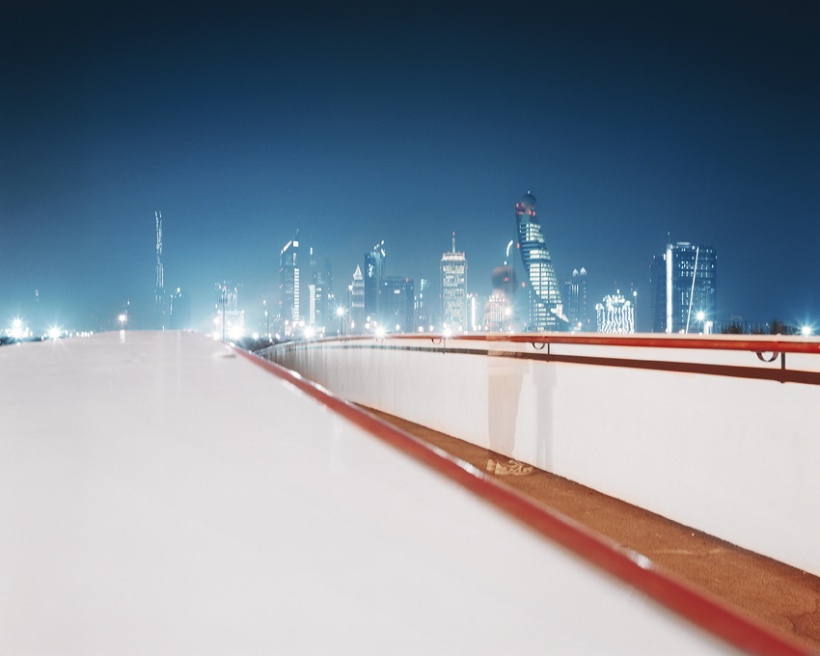 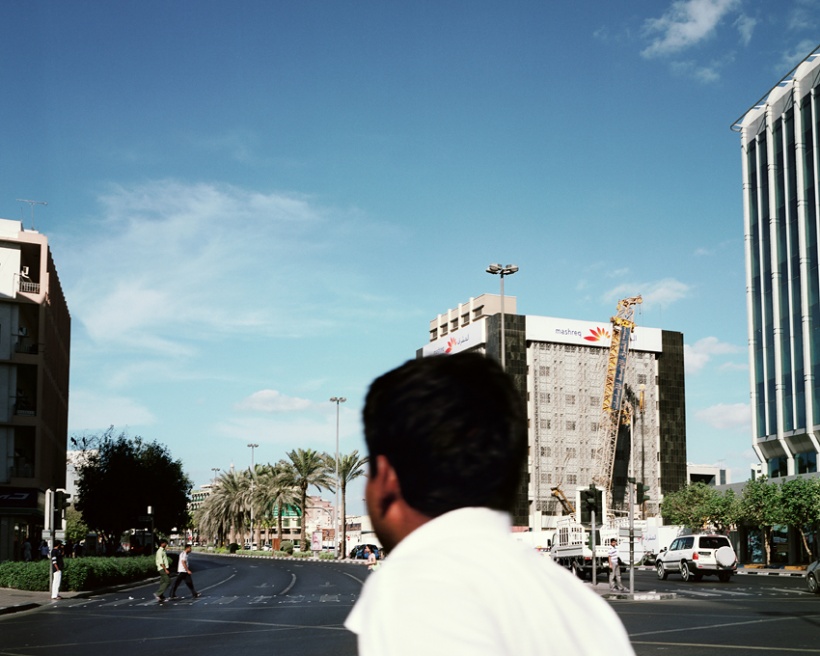 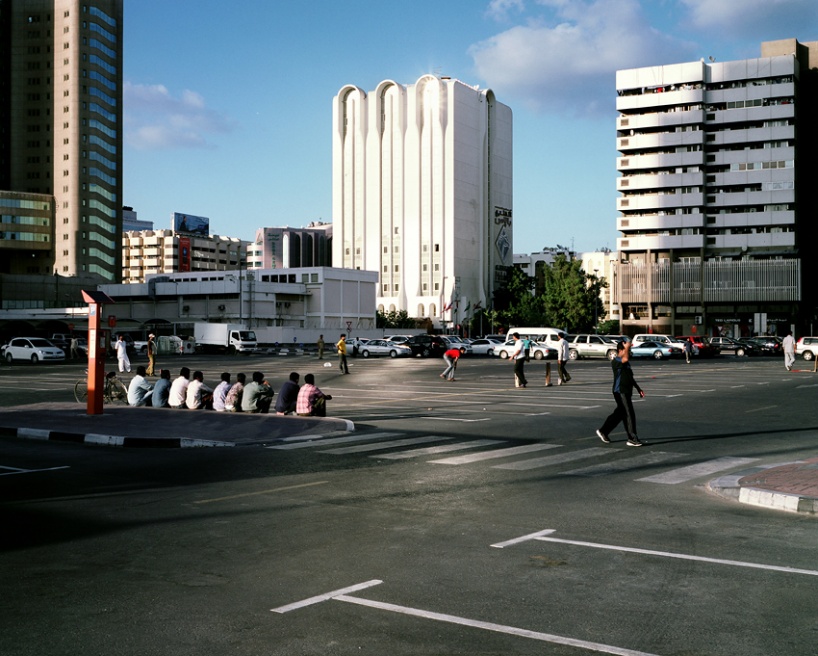 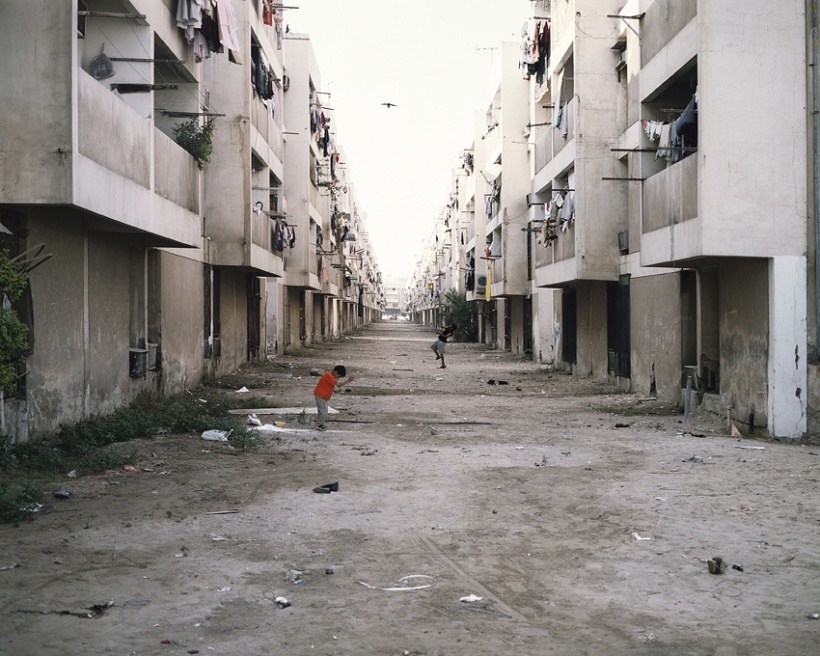 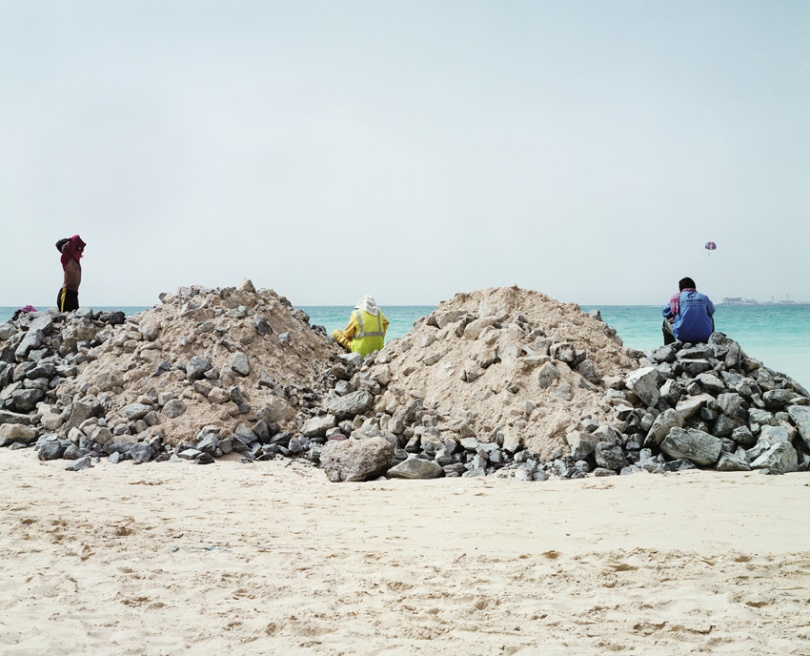 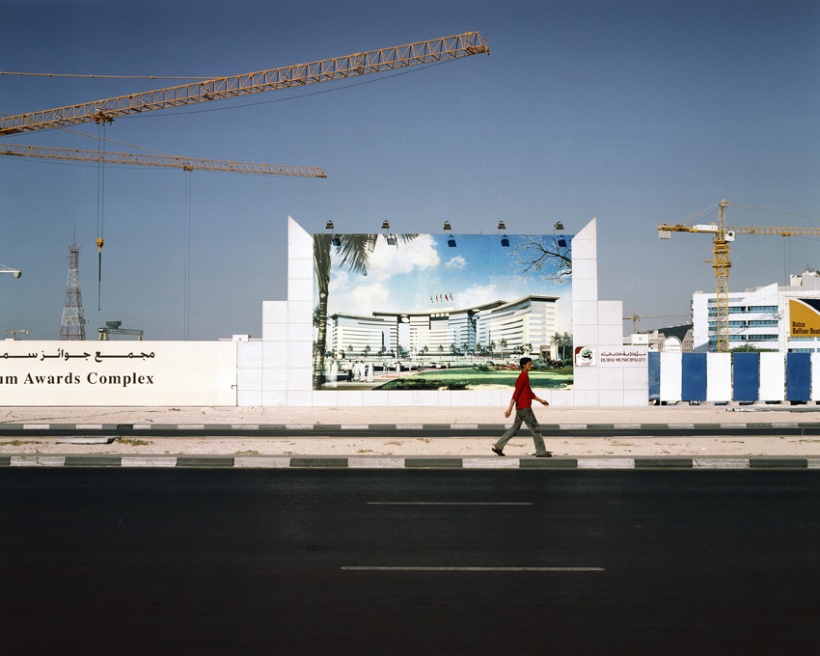 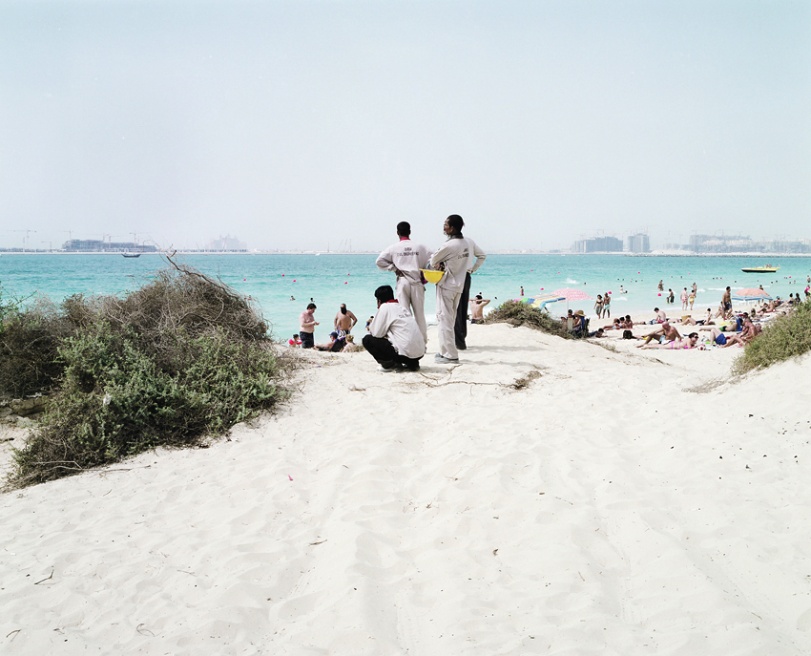 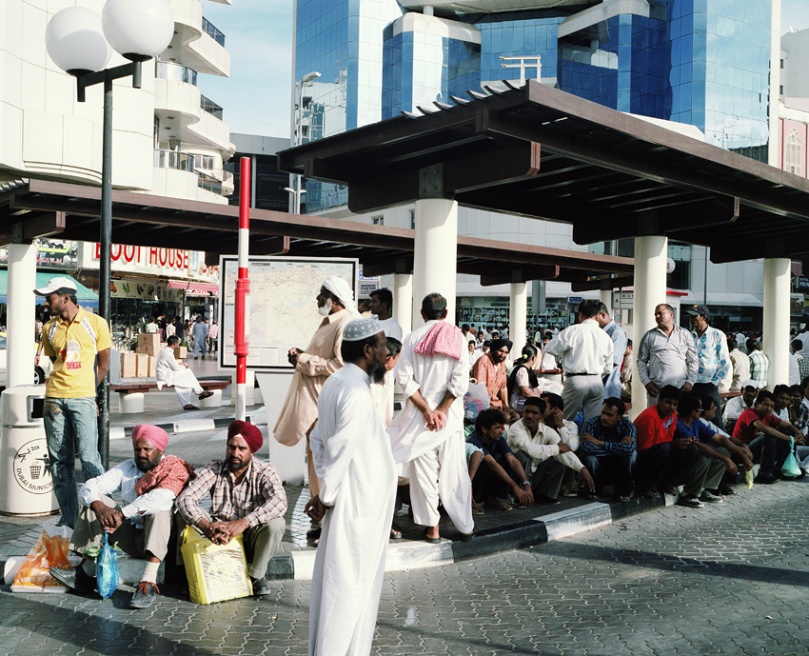 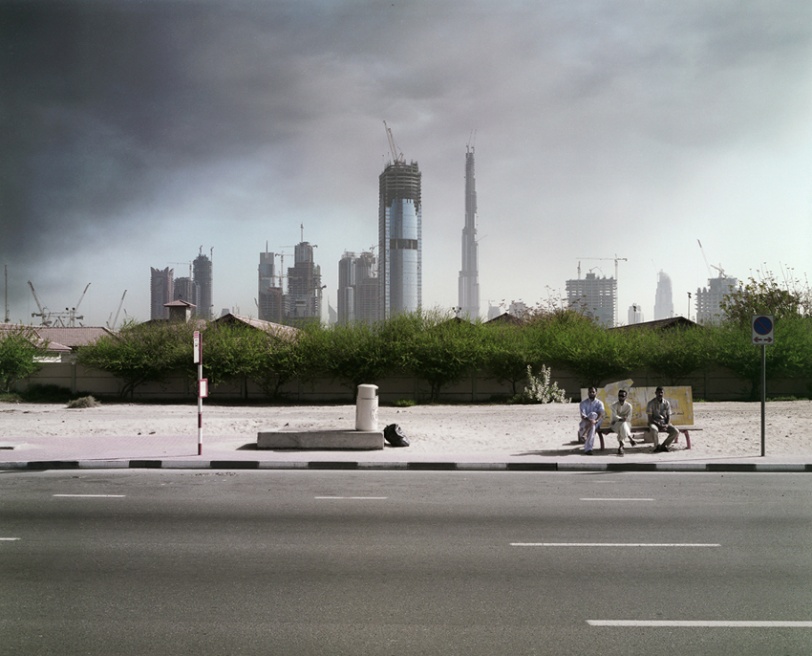 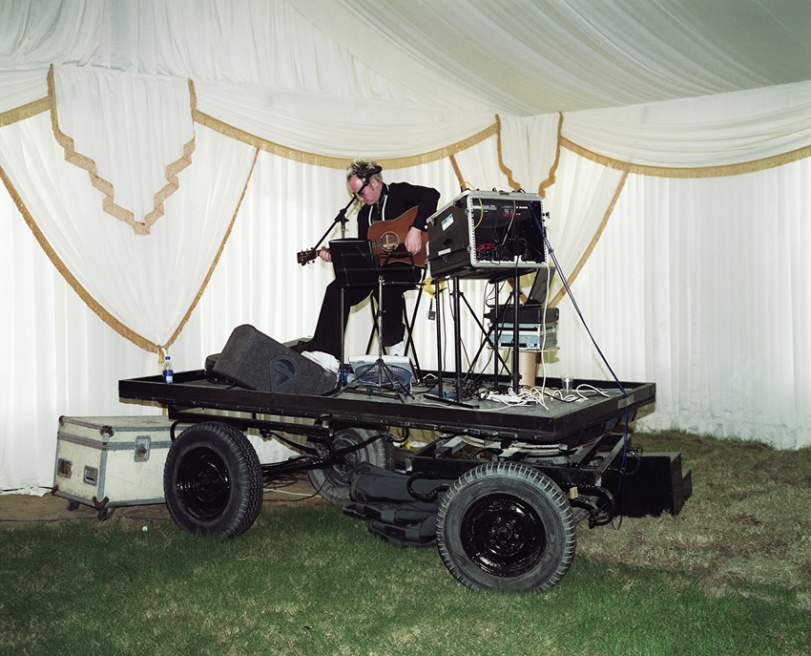 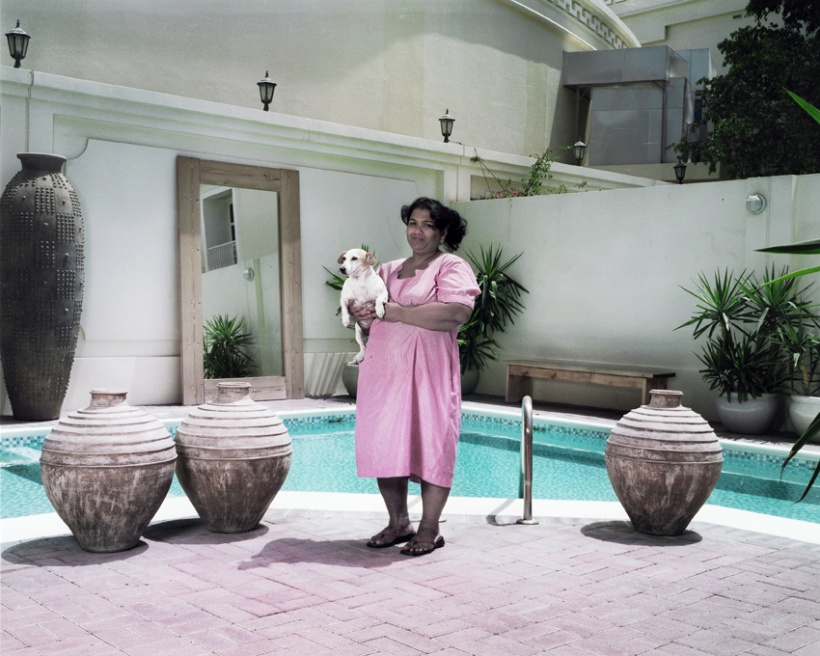 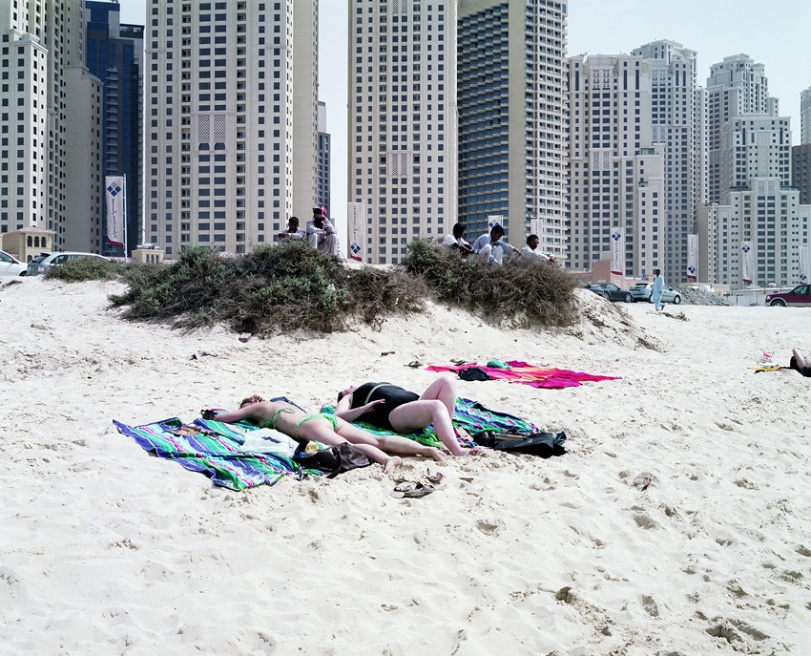 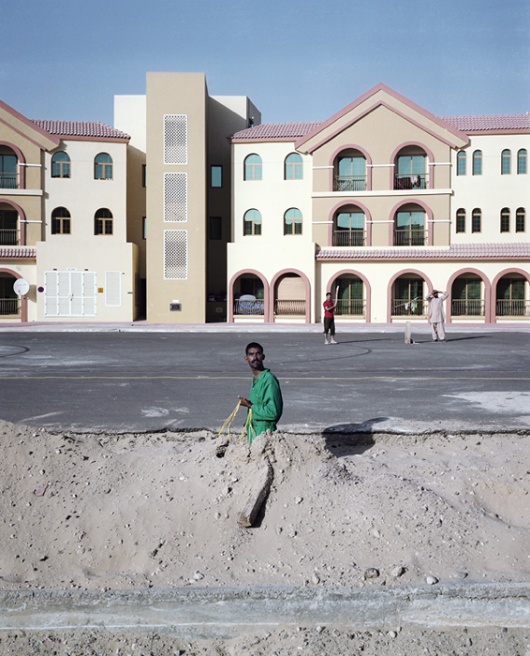 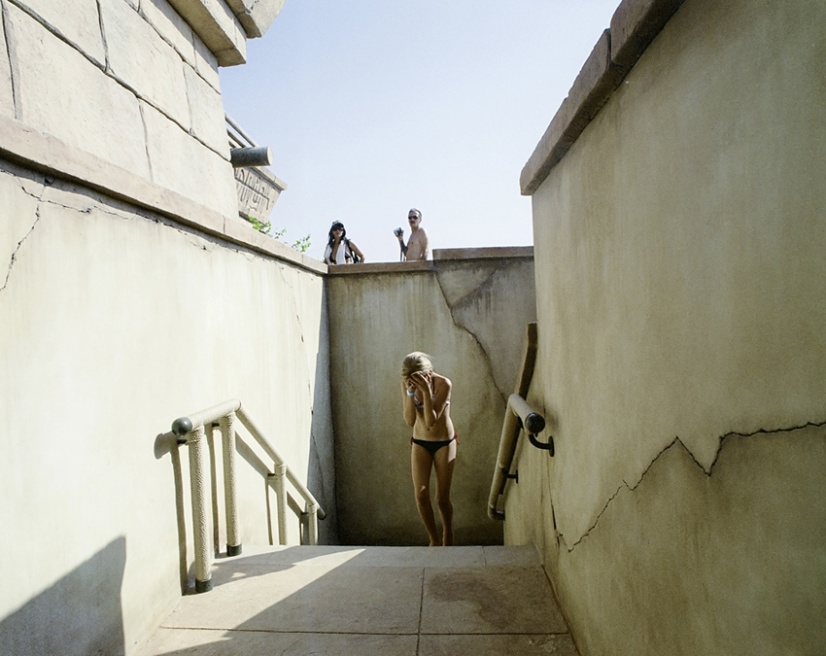 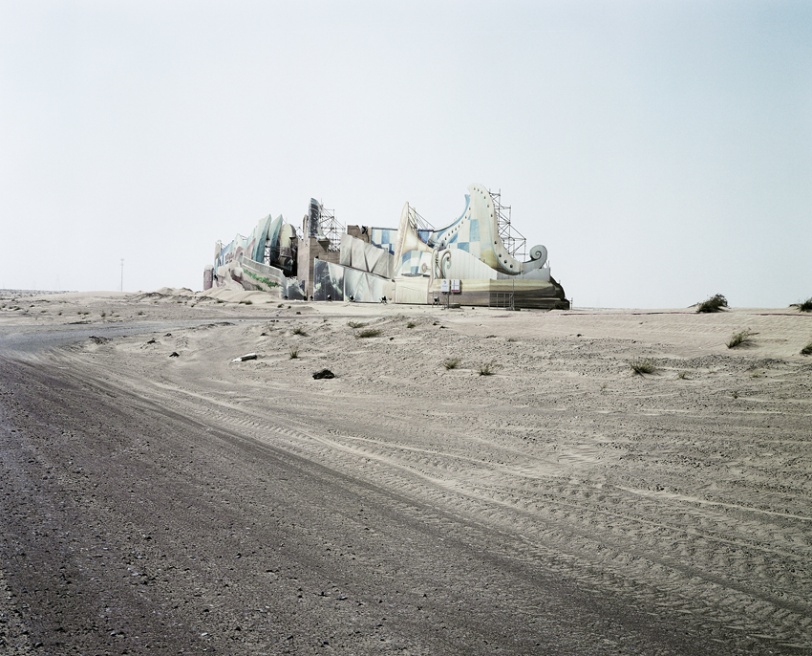 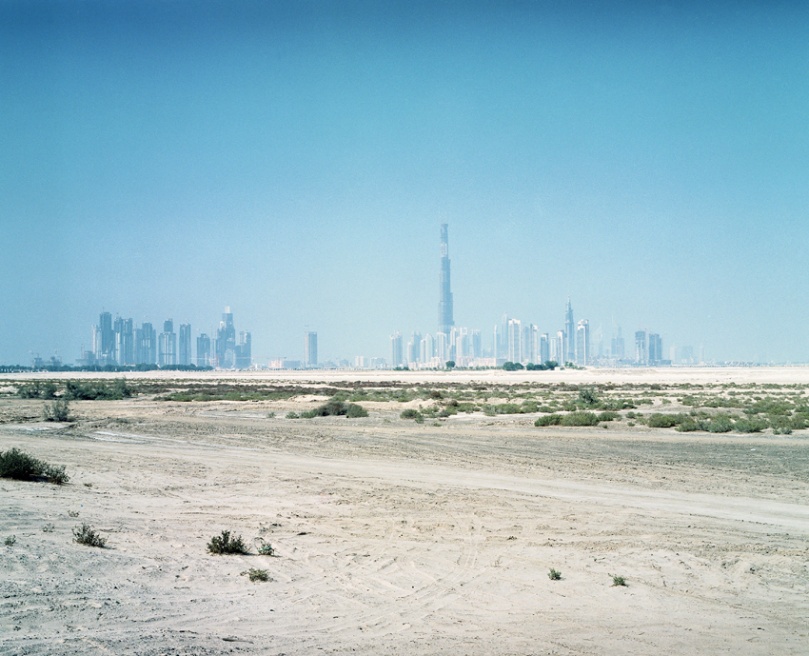 "One of the bestselling series of postcards in Dubai features a grinning camel going about the business of leisure in the Gulf’s tourist boomtown. There are seemingly endless cartoon iterations: shopping for designer sunglasses, enjoying cocktails as the sun sets on a beach resort, driving a red Ferrari down the city’s arterial Sheikh Zayed Road. What’s striking to anyone who’s spent time in Dubai is that this dromedary cartoon world is only marginally less fanciful than the polished sand-and-cityscapes the rest of the world has come to associate with the place.

As befits the Middle East’s pre-eminent supermodel, images of Dubai are routinely manipulated. The sky which, due to construction dust, smog, and displaced sand is most often a shabby grey, is replaced with a sweep of highlighter blue. Construction cranes (of which there are currently more in Dubai than any other city in the world) are removed; the teeming backstreets of residential Deira are overlooked.

Panos Kostouros’s images speak of a different Dubai. They affirm, rather than airbrush, its identity as an organism in the throes of constant change. This is no mystical place, conjured ex nihilo into the desert; it is a city defined by its position in the middle of everything: between east and west, arrivals and departures, nature and the bulldozer. By forgoing the postcard rack and observing from the middle, he unearths a rich seam of contours and conflicts. Look closely: it won’t stay this way for long."

By Panos Kostouros — Ok..we finally made it there, me and my best friend. Honestly this place is breathtaking according to how..
Jan 31, 2012

By Panos Kostouros — A few months ago I visited a close friend, we met at a Camping place right next to the sea, close to our..
Nov 11, 2011