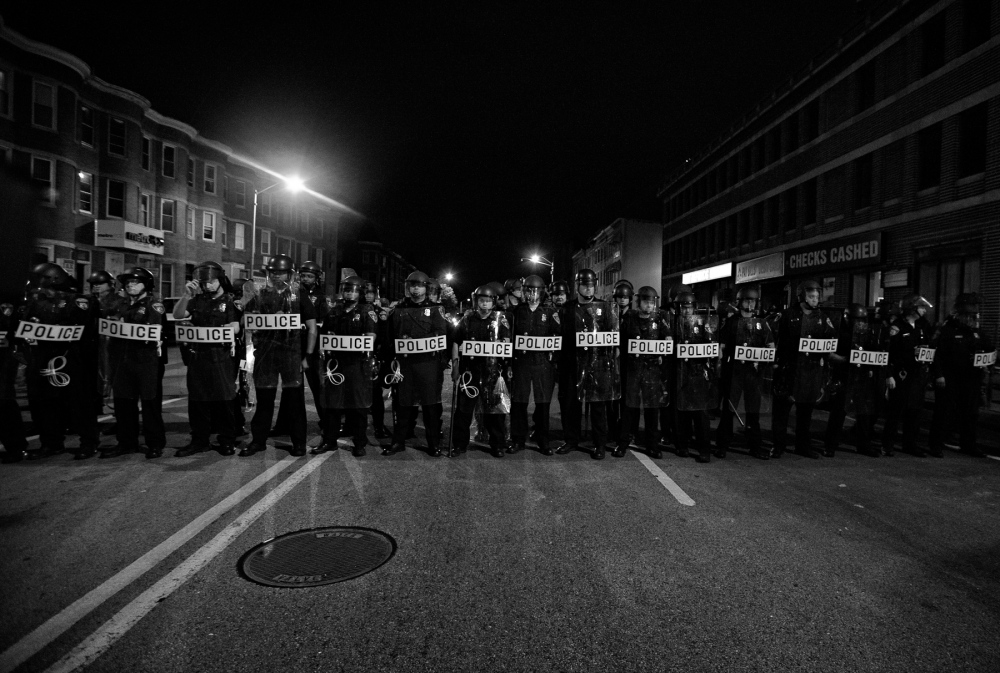 1 of 18 © 2020 Nima Taradji Photography
Baltimore, MD-Police in riot gear forms a line to impress protestors right before the curfew time while demanding the protesters to go home. 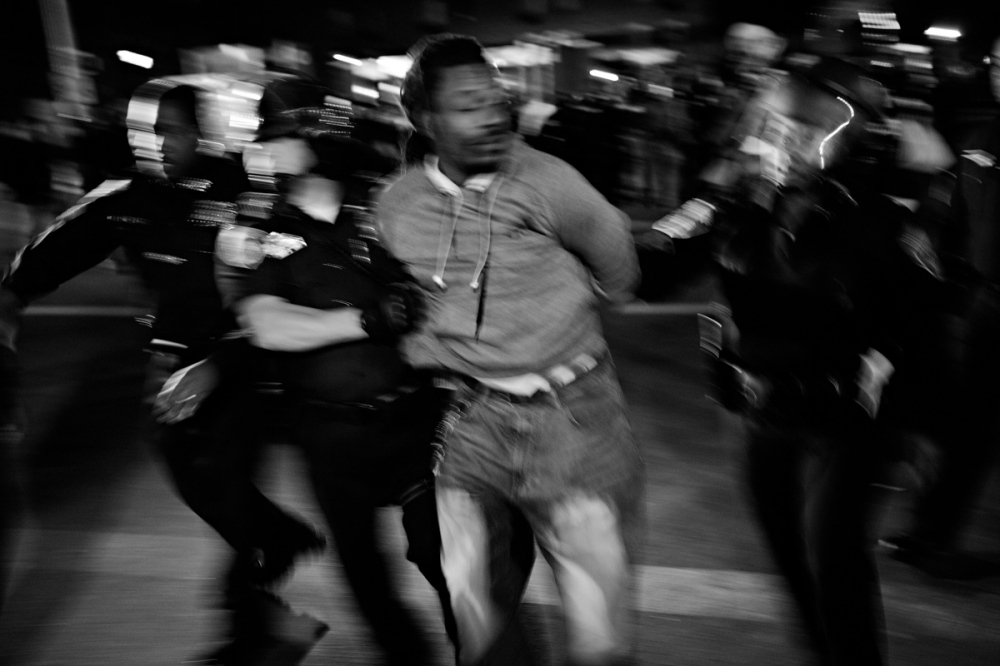 Baltimore, MD- A man was arrested for disorderly conduct by the Baltimore Police Department. 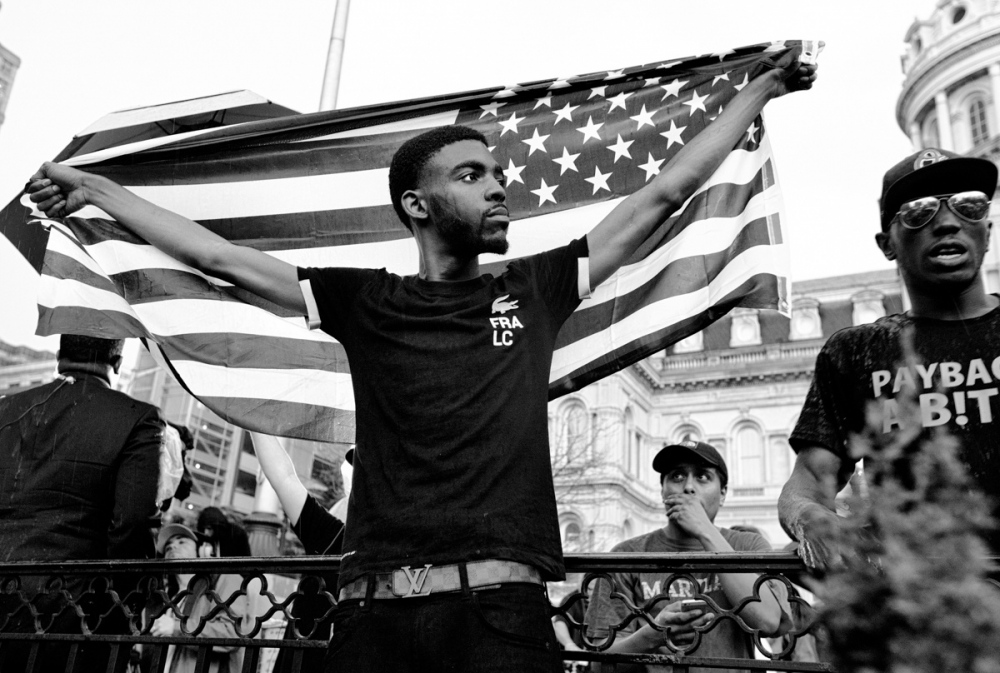 Baltimore, Md- A young protester holds the American Flag during the March For Peace. 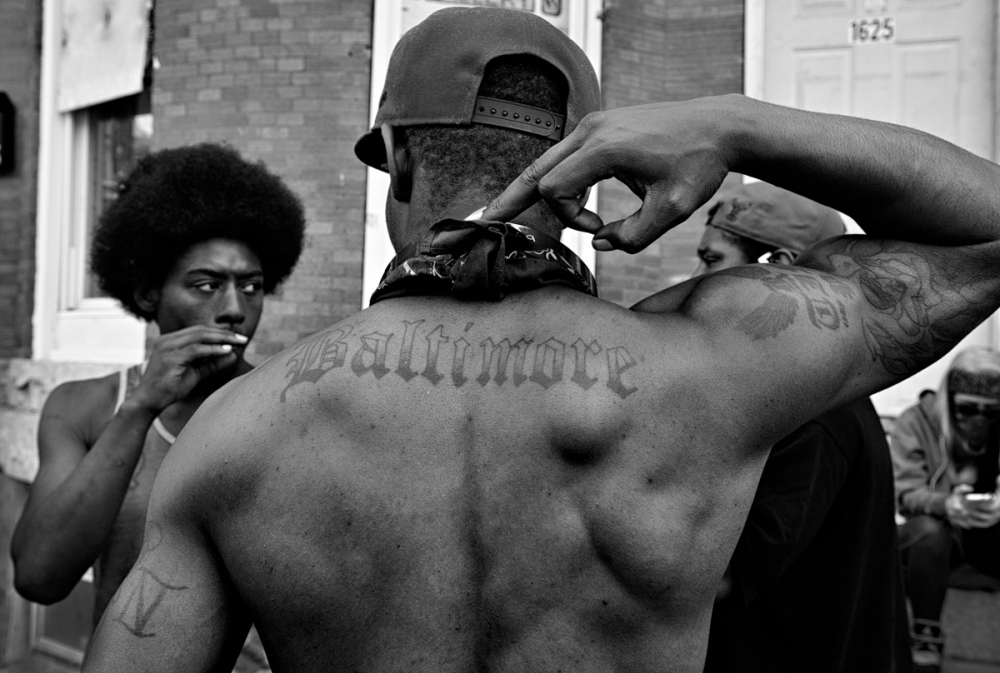 Baltimore, MD-Member of the Bloods gang showing his tattoo and sign while a member of the Crips gang looks on. They spoke about the unity of the two rival gangs resulting from the death of Freddie Gray. 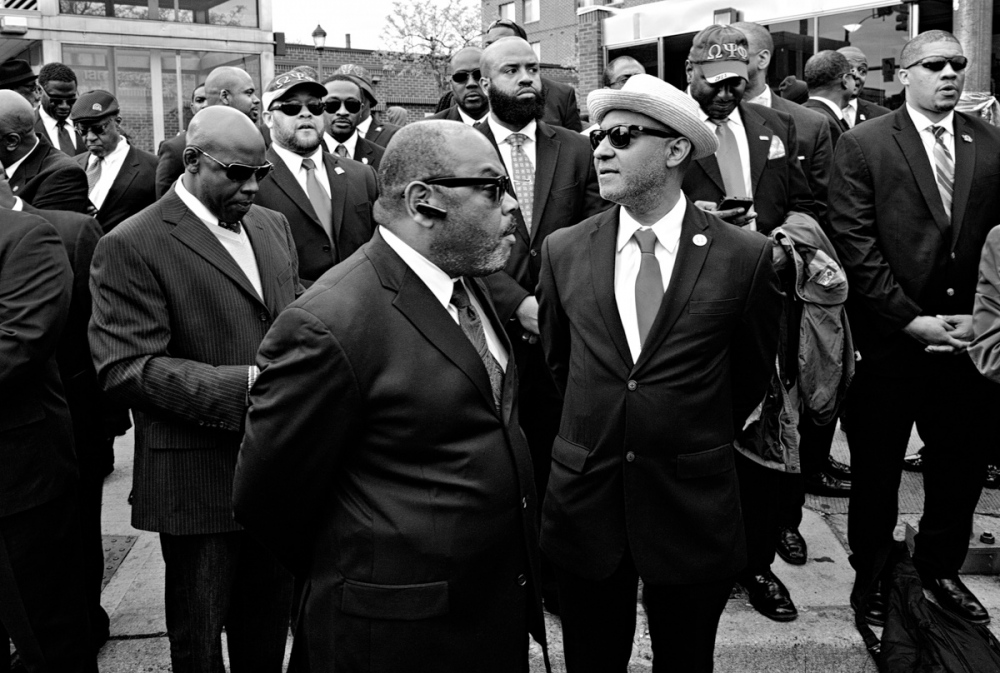 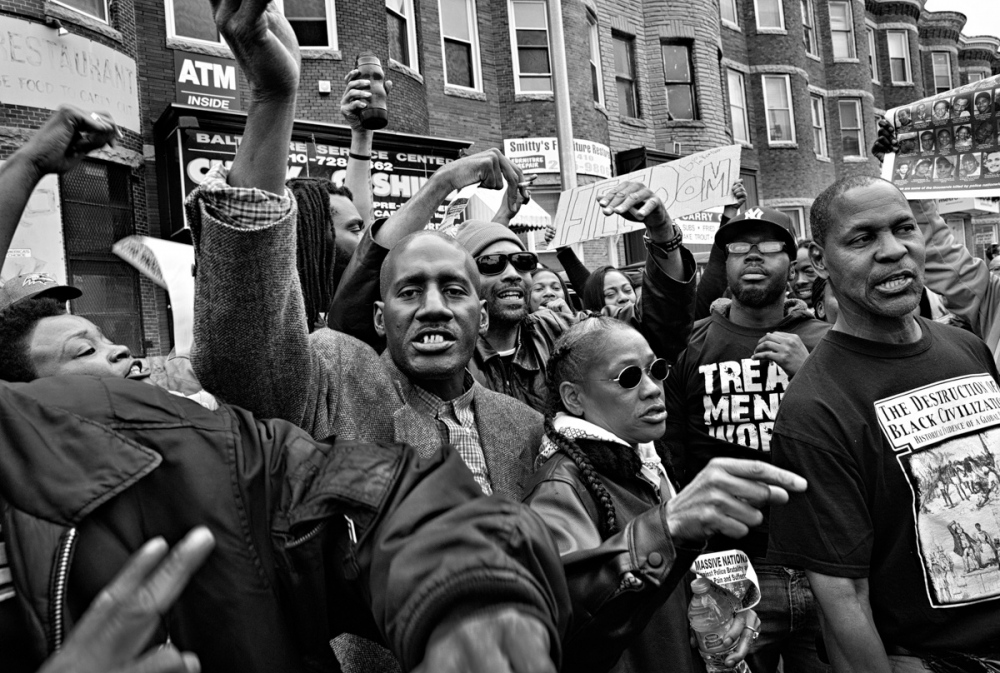 Baltimore, Md-Protesters on the streets celebrate criminal charges filed against the six police officers involved in the death of Freddie Gray. 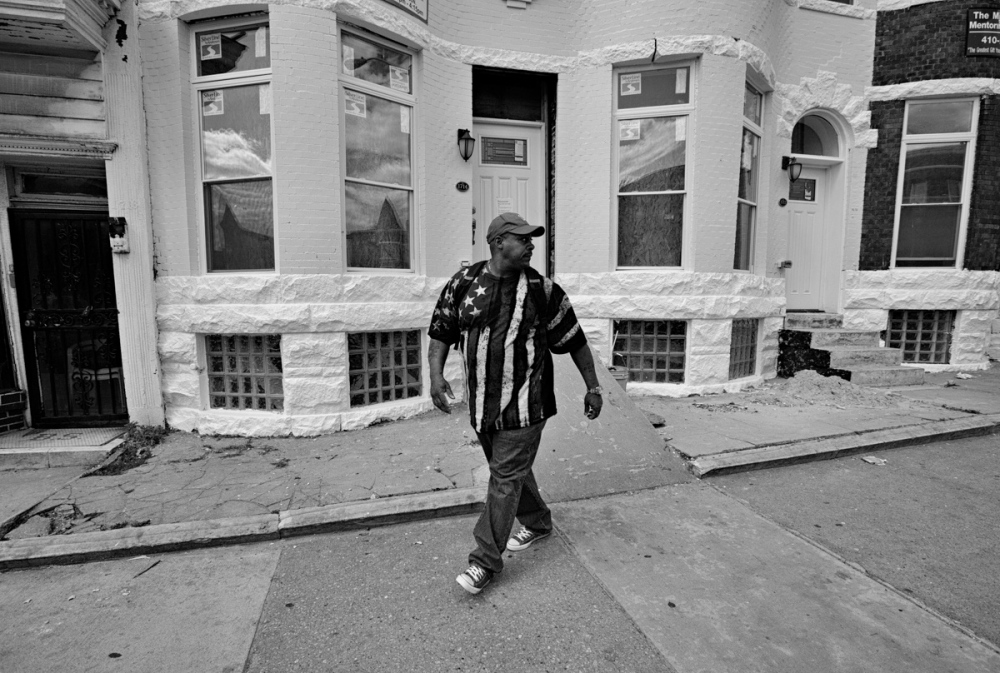 Baltimore, MD- A resident on his way to work. 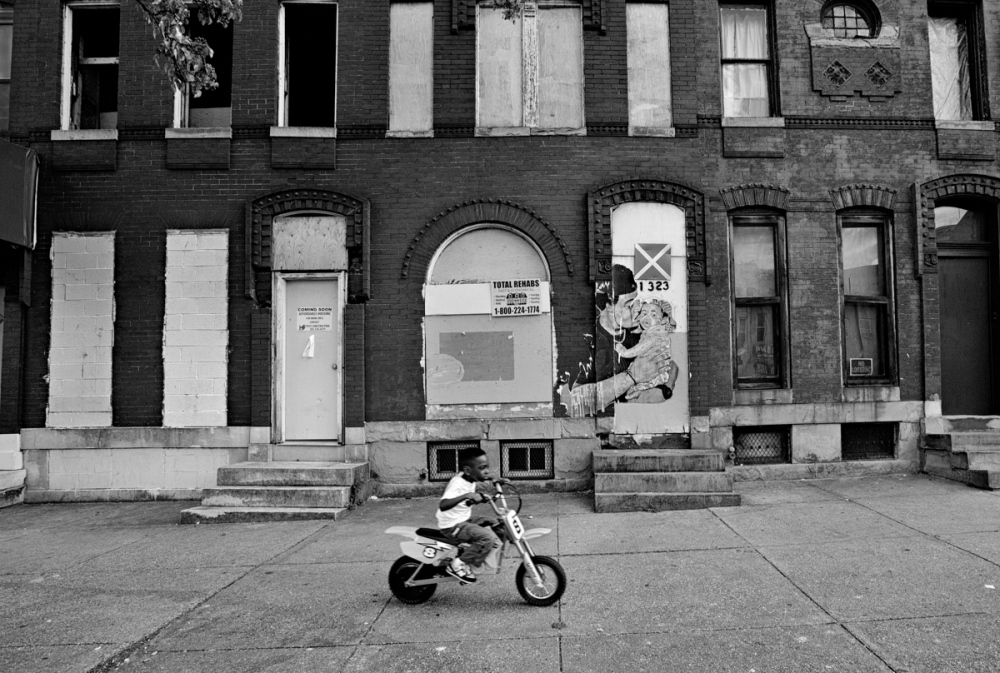 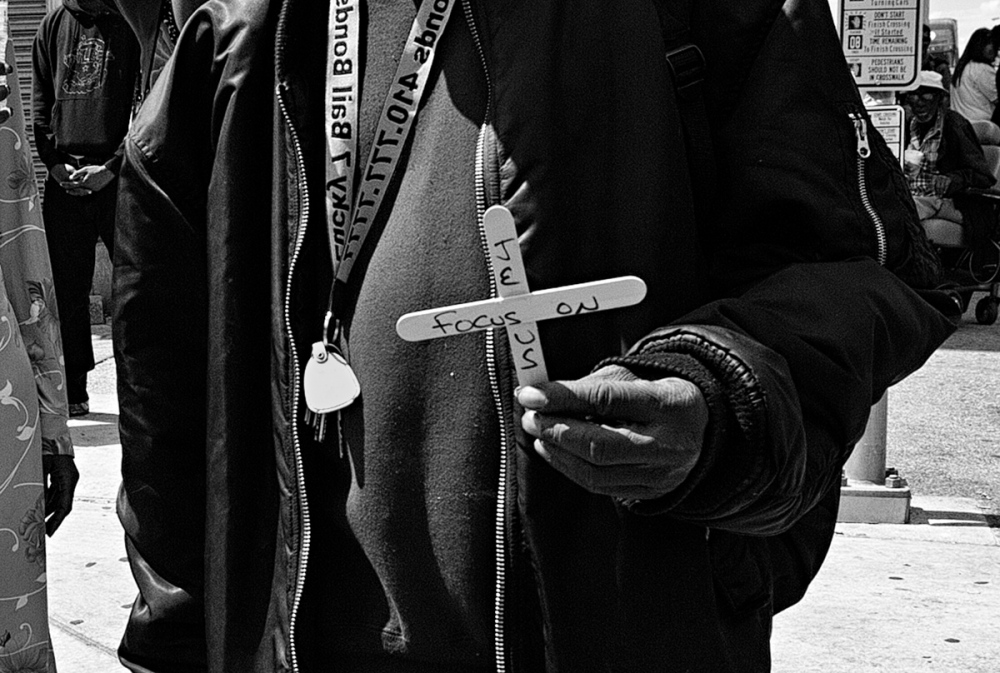 Baltimore, MD- A protester holds out his makeshift sign of his faith. 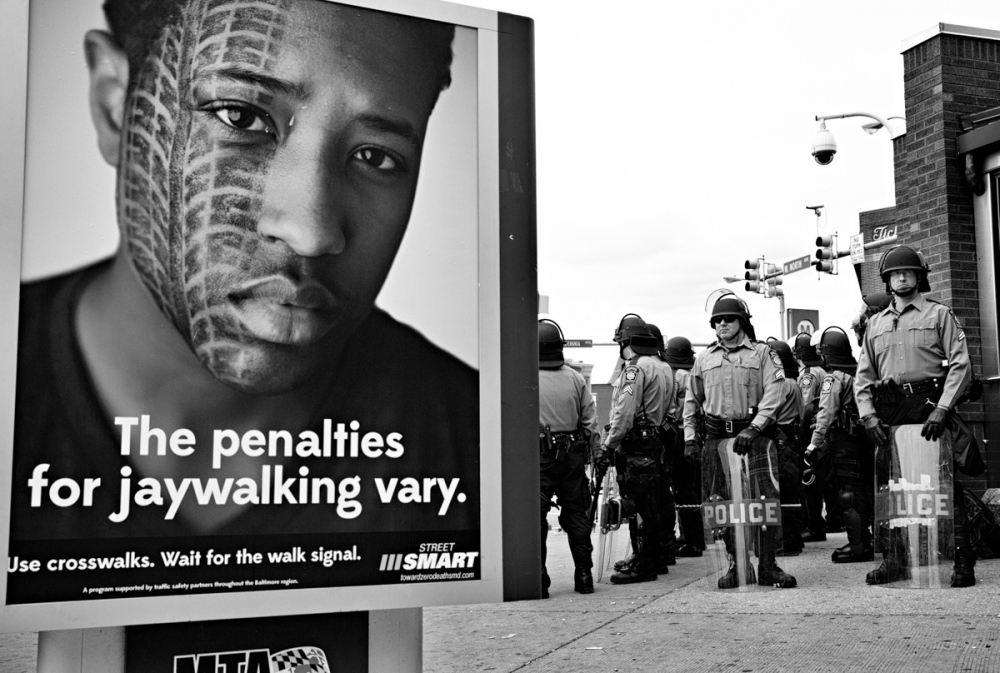 Baltimore, MD- Police in riot gear was ever present throughout the protests. 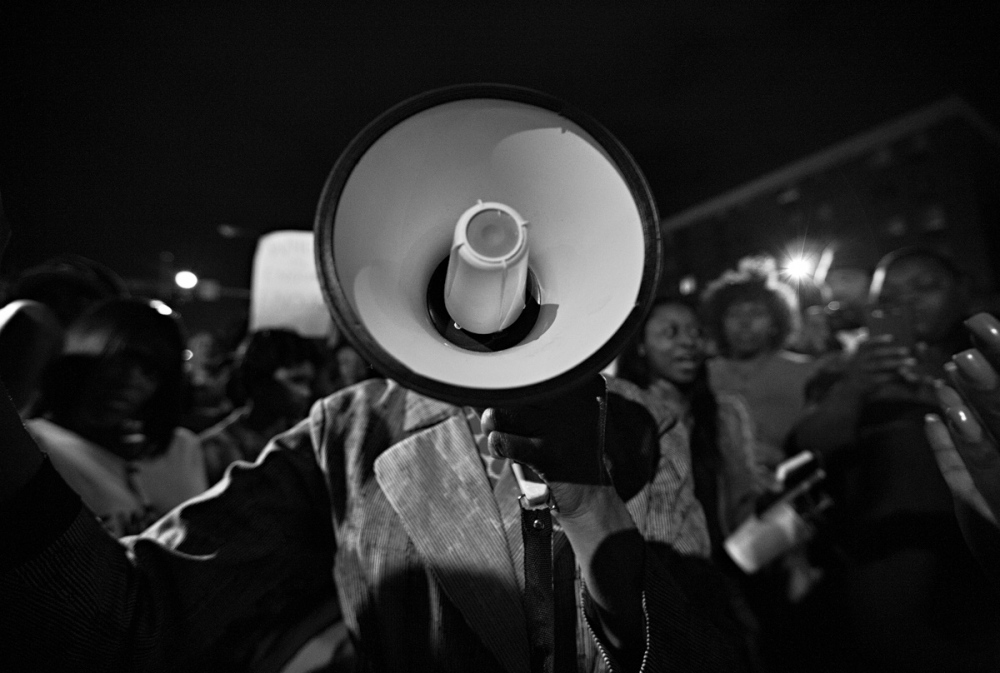 Baltimore, MD- State Senator Majority Leader Catherine Pugh (D) using the bullhorn to ask protesters to comply with the 10:00 PM curfew and go home to avoid conflict with the police. 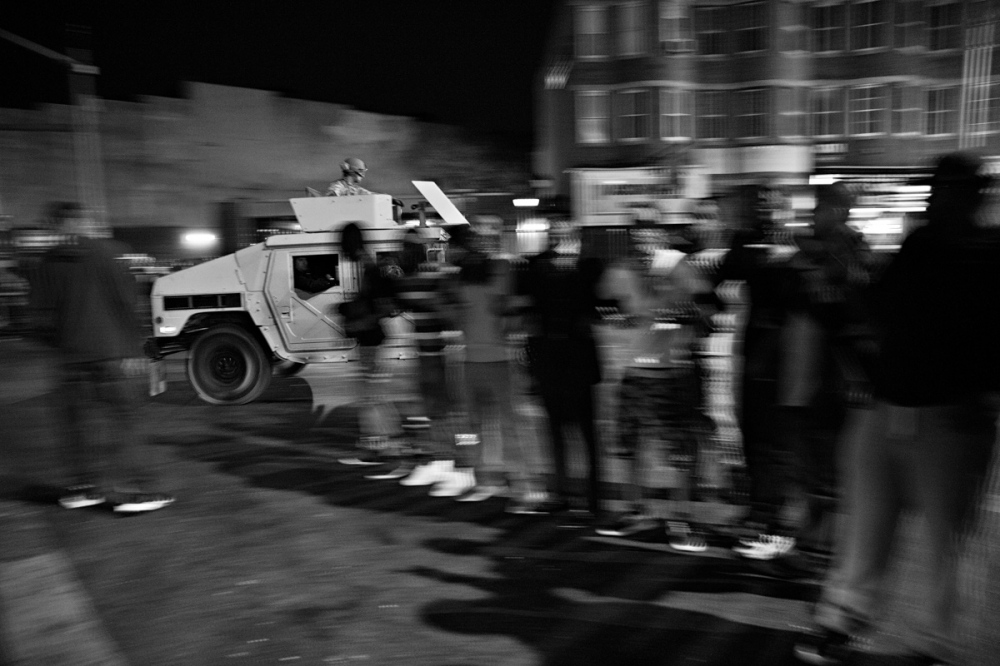 Baltimore, MD- Residents joining arms to create a buffer between the National Guard and the protesters after the 10:00 PM curfew. 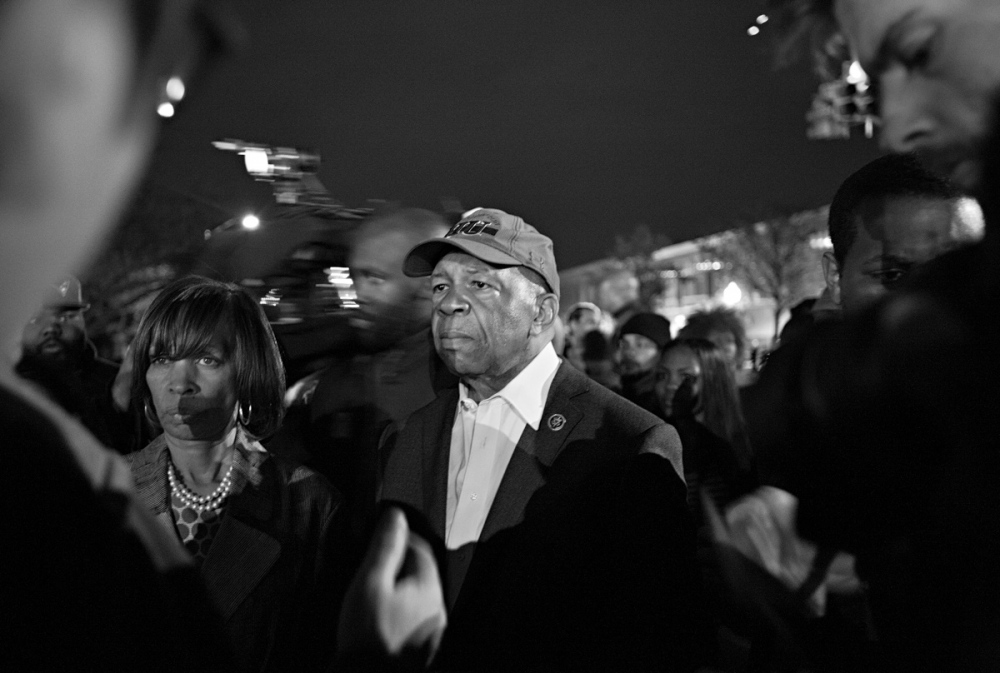 Baltimore, MD- Congressman Elijah Cummings (D) representing the 7th District was present on the scene every night at curfew time inviting the protestors to comply and go home and avoid any conflict with the police. 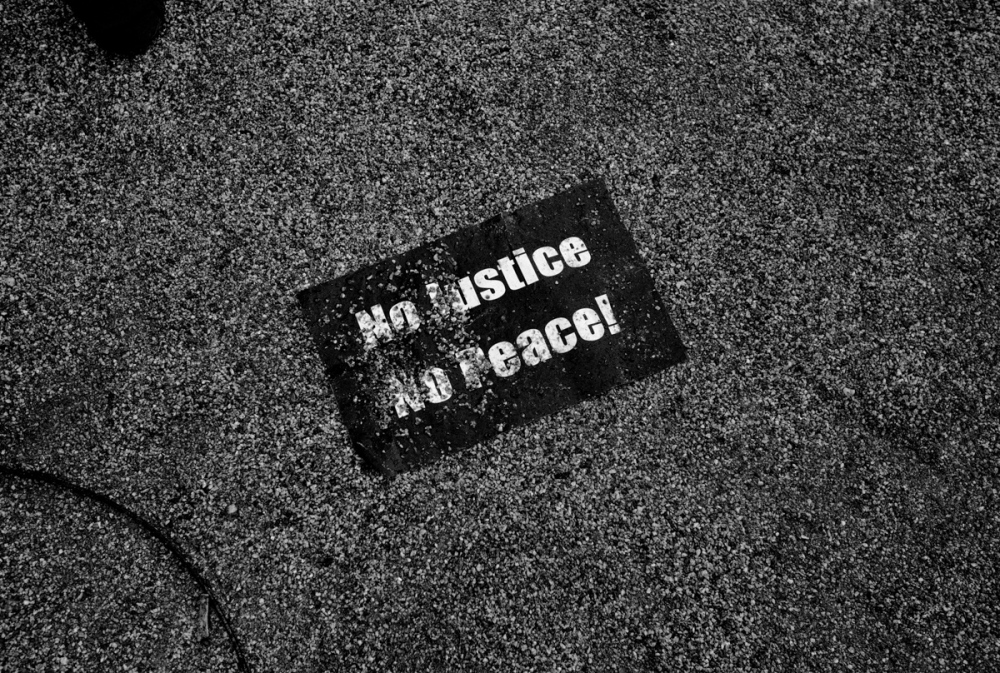 Baltimore, MD- A sign left behind after the protests. 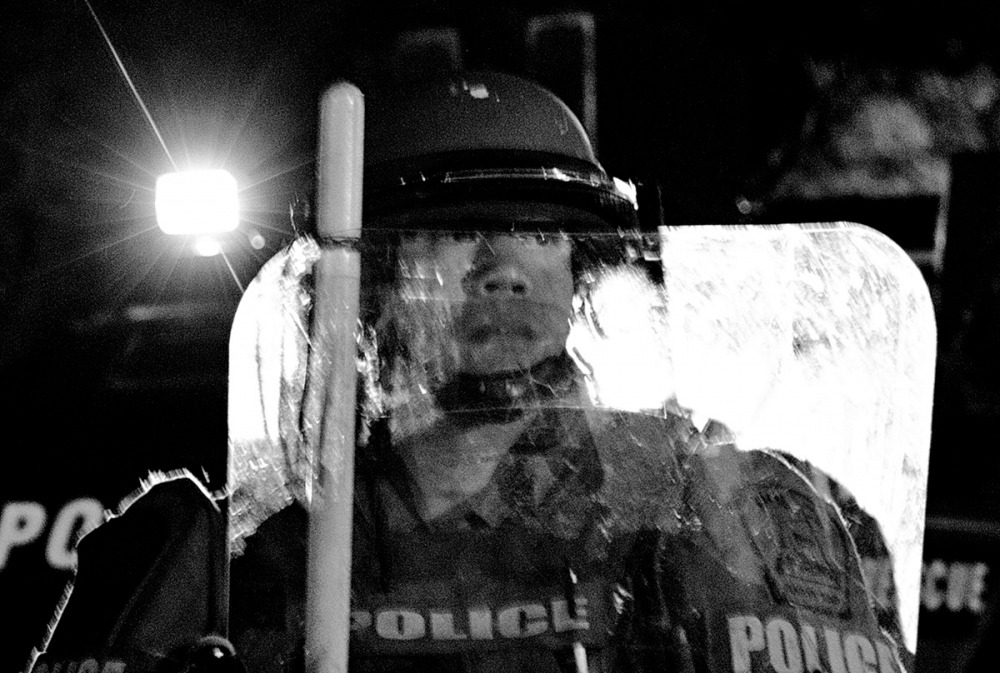 Baltimore, MD-Police in riot gear demanding the protesters to go home after the 10:00 PM curfew. 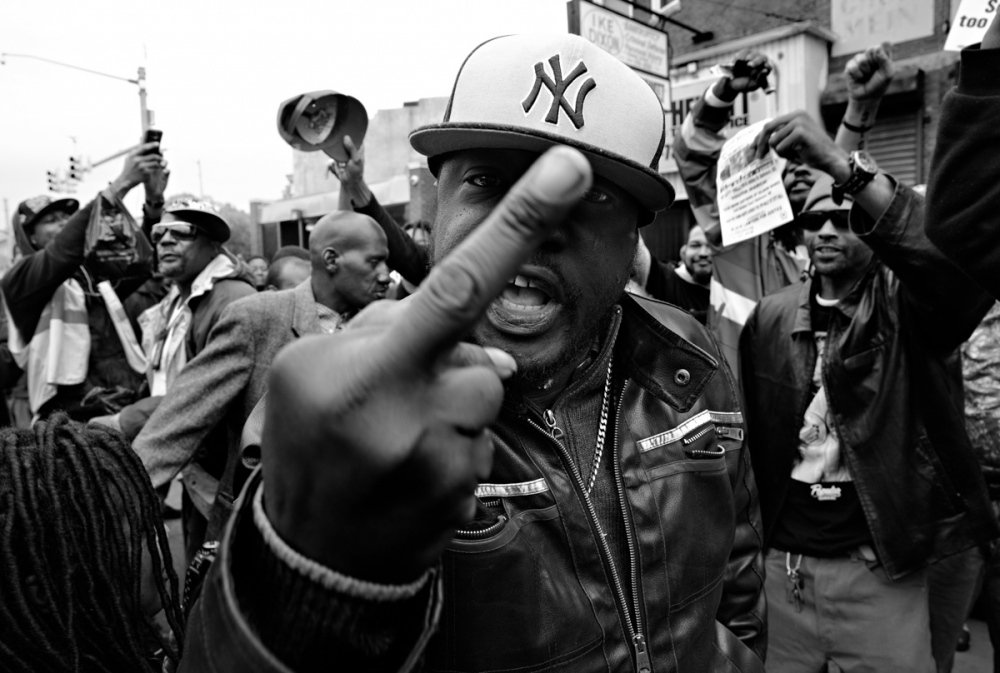 Baltimore, MD- A resident expressing his feelings towards the Police in celebration of the decision by the Attorney General to file criminal charges against the six police officers involved in the death of Freddie Gray. 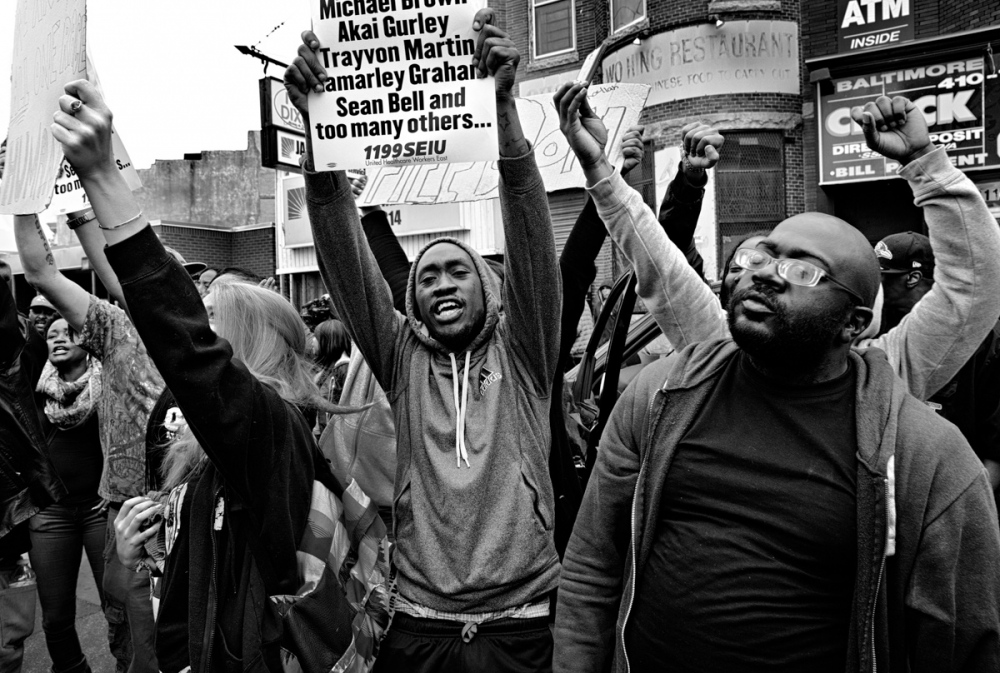 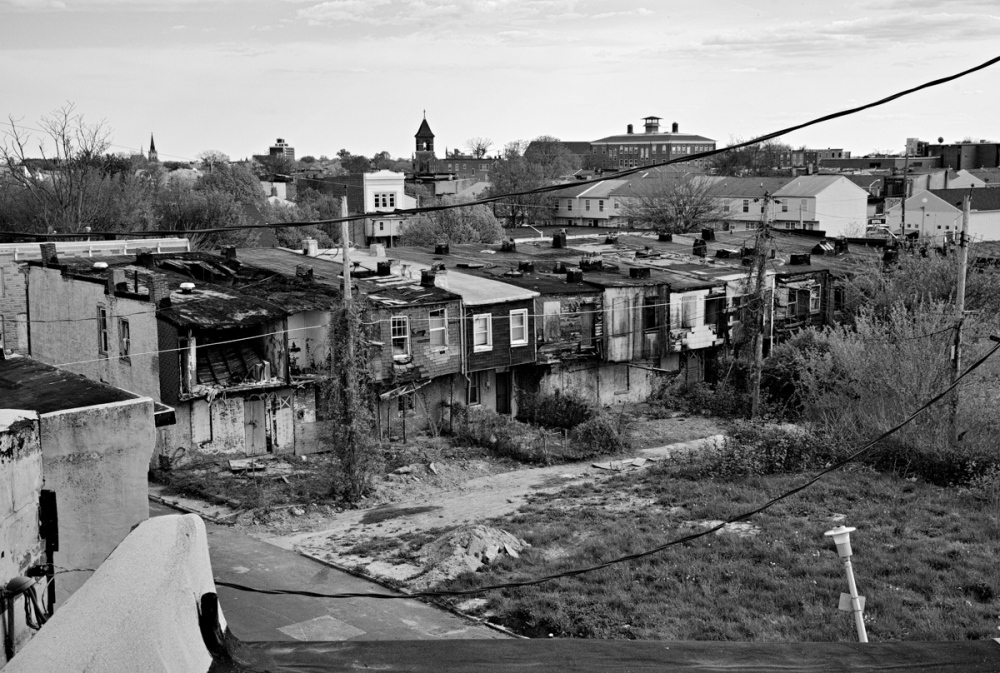 Baltimore, MD- The neighborhood around where Freddie Gray was arrested consist of row houses where 1/3 of the properties are abandoned, boarded up, condemned or burnt down. Although none of this prevents residents to live in these row houses.

Baltimore, Maryland was the scene of civil unrest in April and May 2015. It all started with the evidently unprovoked death of a young black man, named Freddie Gray, which was caused by six police officers: three of whom were white and three who were black. I drove to the City to experience first hand the events unfolding.

A resident asked me: “Why are you here?” My answer was simple—I was there to observe and not photograph “angry black men.” While these images were appearing on the mainstream media, I wanted to take a different approach. Still, I found this question important: why was I there? I knew I was there to photograph the Baltimore protests and turmoil but also I wanted to give some context to the underlying reasons why the unrest was taking place.

In my observation, the issue of race is not the primary factor. Instead, it is one of class struggle. The Baltimore slums, the location of Freddie Gray’s arrest and resulting civil unrest, is home to a majority African-American community that appears to have been abandoned by society at large. The streets of this neighborhood are lined with abandoned homes. Boarded up and burnt out structures remain standing next to dilapidated row houses that are home to many families and children. The plight of these Baltimore residents can be found in some parts of most American cities. These are crime-ridden, hopeless places that are only “kept in line” through the brutal force of their respective city’s police departments.

I found it notable that a Bloods gang lieutenant told me that their unity with the rival Crips gang was causing concern for the police force. The thinking was that if the gang members were not fighting and killing each other, they would be twice as strong in their opposition to the powers in charge.

The news indicated that the Baltimore African-American community is experiencing a 37% unemployment rate. It may not be enough for the government to simply provide affordable housing, as they have, if the residents of these communities are not employed. Many of these people are economically marginalized and thus do not feel like productive members of the society in which they live. Where there is so much hopelessness coupled with a sense of unfairness and powerlessness, unrest and violence appear to be the inevitable results.

In the neighborhood where Freddie Gray was killed, I did not see one grocery store. Instead, bail bonds offices, easy loan stores, liquor stores and corner stores filled with junk food. What kind of a future can the children—and there were many—growing up in these slums expect? When will the next violent uprising occur?

In the end, the chant “No Justice, No Peace” resonated strongly with me. While criminal justice is primal, economic justice is also an integral part of the puzzle. Should it ever become a reality, that’s what will most likely lead to peace.

By Nima Taradji Photography / Sidney, Ohio — In Sidney, Ohio school and public safety officials have worked together over the last five years to develop..
Dec 15, 2018