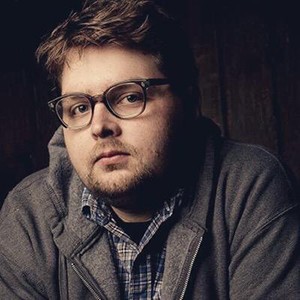 Photo editor working on multimedia stories. @ The Washington Post / Based in Washington, DC

Nick Kirkpatrick is a photo editor at The Washington Post where he works on an interdisciplinary team focused on visual storytelling. Most recently, Nick was an International Photo  Editor where he collaborated with the... read on
Focus: Multimedia, Video, Photo Editor, Photography, Visuals Editor
| www.washingtonpost.com
About

Nick Kirkpatrick is a photo editor at The Washington Post where he works on an interdisciplinary team focused on visual storytelling. Most recently, Nick was an International Photo Editor where he collaborated with the paper's growing network of foreign correspondents and contributors to augment its award-winning coverage. Nick's work has been recognized by numerous awards from the Overseas Press Club of America, Society for News Design and Pictures of the Year International, including a silver award in visual newspaper editing in 2018. After graduating from the Corcoran College of Art + Design and The Danish School of Journalism, Nick worked as a freelance visual journalist for The Los Angeles Times, Al Jazeera English and The Post.

He joined Washington's premiere newspaper in late 2013 as a founding partner of Morning Mix, The Post's overnight breaking news and general assignment team where he produced visually driven stories contributing to the section's massive growth in readership.

Nick is also a faculty member at the Eddie Adams Workshop and a mentor with the Native and The Everyday Projects mentorship program, which pairs award-winning professionals with emerging photographers from underrepresented communities with the goal of nurturing and amplifying their voices. Nick has served on the jury for the Military Photographer of the Year contest and the Visa d'Or Awards at Visa pour l'Image, the world's biggest photojournalism festival.

Currently, Nick is on leave from the foreign desk as he works with a small group of newsroom innovators in close collaboration with Google. Photos, coupled with video, graphics and texts, are at the center of Google's AMP Stories technology, allowing the team to create enhanced visual storytelling formats specifically tailored to mobile audiences.