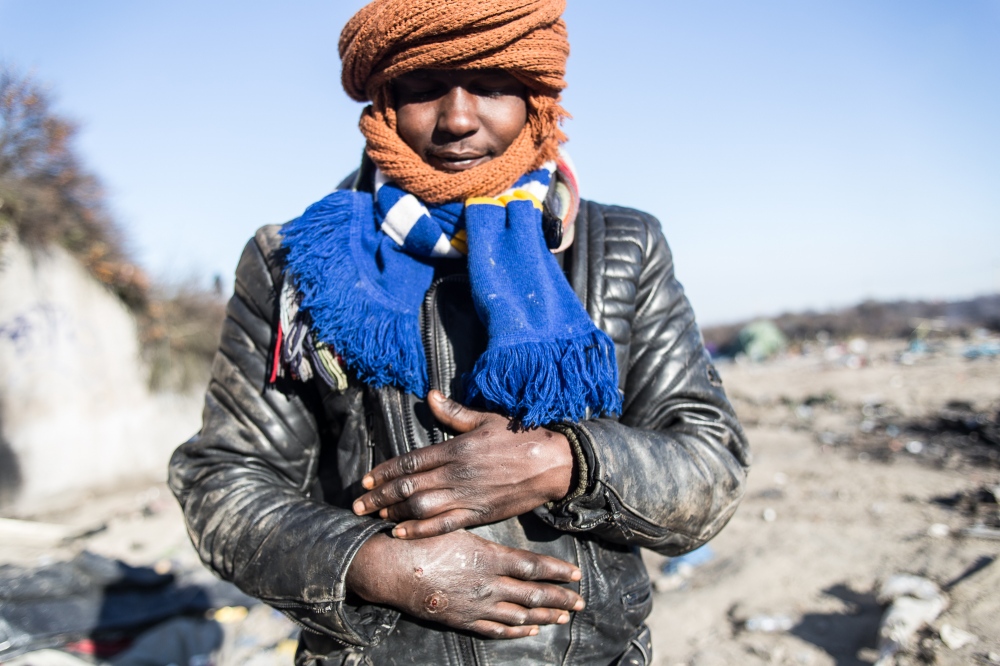 This week on the @opensocietyfoundations Instagram feed, photographers Kelly Lynn Lunde and Elian Hadj-Hamdi are sharing images and stories about police brutality against migrants and refugees in "The Jungle," an informal refugee camp in Calais, France, where people attempt to cross to England. Currently the camp is being bulldozed, further challenging the thousands who have been stuck there.

"Two out of the eleven months Mohammed has been living in Calais were spent in a French prison. After trying to sneak onto a Eurotunnel train, he was arrested and recalls his time incarcerated with a grimace. "The police there, they don't talk to you, they just hit you," he says. The 27-year-old was born in a refugee camp in Darfur, Sudan and lived in Germany for one year but could not obtain papers to stay. A few times a week he tries to sneak onto lorries bound for UK ferries and trains but has not managed to make it past police, who consistently beat him leaving his hands injured. "Europe is good. But this is scheisse [German: shit]. Police hate refugees."

The Moving Walls 25 Exhibition and Fellowship

Erika P. Rodriguez Explores the Impact the Puerto Rican Debt Crisis is Having on Everyday People

This week, animated videos on Instagram: The abuses of Canada's Indian Residential Schools

Interview and Slideshow with photographer Amanda Rivkin about Refugees in Europe

Photographer Timothy Fadek follows a brave journalist as she reports on murder in Juarez, Mexico

Time to Get Serious About Criminal Justice Reform