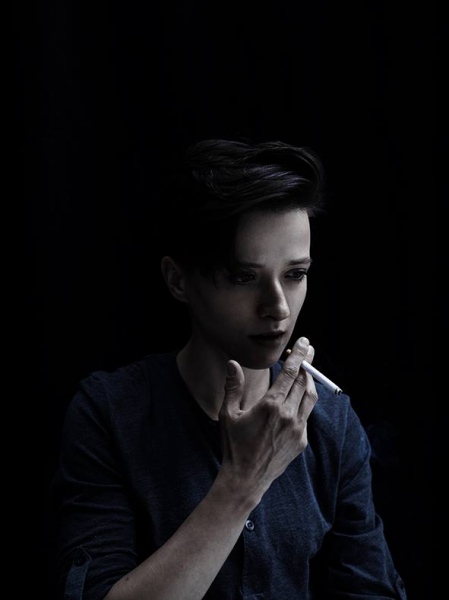 Photographer @ freelancer / Based in Warsaw

Agata Grzybowska (b. 1984) - photojournalist, photographer, and video-maker based in Warsaw.

She graduated from the Direction of Photography at the Polish National Film, Television and Theatre School in Lodz. She teaches history of photojournalism at SWPS University in Warsaw.
In 2017, she became a holder of the ‘Young Poland’ Scholarship granted by the Minister of Culture and National Heritage.
In 2022, in collaboration with the Polish Humanitarian Action she created an educational documentary online platform "The Home”. The project was carried out with the support of the Google Impact Challenge Fund. In 2012 – 2019, Grzybowska was working as a photojournalist for Gazeta Wyborcza.

In 2020, in collaboration with a Polish film director Radka Franczak, Grzybowska started working on a documentary film “Madame Rebel. The Story of Marcella Sembrich” about Polish opera singer Marcella Sembrich, who had been erased from the pages of history.  In 2019, in collaboration with an Iranian film director Azadi Moghadam, as DoP Grzybowska made a documentary film about the situation of single women in Iranian society.

In 2015, her photograph taken during ‘Black Thursday’ in Kiev won The Picture of The Year 2015 award in BZ WBK PRESS FOTO Competition. Grzybowska also was granted the first prize for single picture in the category Events at the same competition.
In 2013, she won the second prize in the category Photocast, for her work ‘Kill the Gay’ at the Grand Press Photo Competition. The same year, together with a writer Wojciech Karpieszuk, Grzybowska won the Observer Award at Student Journalism Competition MediaTory.

She has been a finalist of many prestigious photography awards, including the BZWBK Press Photo (2015, 2014), Grand Press Photo (2017, 2015, 2014, 2013) and Amnesty International (2013).  In 2017, she published her first photo book ‘9 Gates of No Return’ (BLOW UP PRESS). Her photography project about solitude and loneliness has been presented at several photo books exhibitions, i.a. on the photography festival Les Recontres De La Photographie in Arles, France 2018, PHotoESPAÑA 2018 in Madrid, Spain, at Tokyo Institute of Photography in 2019 and MOPLA Photo Book Exhibition in Los Angeles, USA and Athens Photo Festival 2018. It has been internationally recognized and awarded. In Poland, it won the first prize as a photobook of the year in Grand Press Photo 2018 and the Plebiscite Fotopolis & Digital Camera 2017, but also Gold Award in TIFA 2018 (Tokyo International Foto Awards), Silver at MIFA 2018 (Moscow International Photo Awards).

Her photographs were also published in several magazines in Poland and abroad. The project was also selected to be presented within the main program of Krakow Photomonth 2018, Photography Festival ‘W Ramach Sopotu’ 2018, and Photo Festival ‘Head On’ 2018 in Sydney, Australia, and few other.

Grzybowska travels across the world depicting people in difficult, often life-threatening situations. While working, her principle is to get as close as possible to people and their stories.
Her works and projects have been shown at Royal Castle in Warsaw, courtyard of the President’s Palace in Warsaw, Wroclaw Contemporary Museum, European Solidarity Centre in Gdansk, the Wilson Shaft Gallery in Katowice, the Old Brewery in Poznan, The FF Gallery - Forum of Photography in Lodz, Romanian Cultural Institute in Bucharest, Tokyo Institute of Photography, Delmar Gallery in Sydney, Australia, and AG Gallerie in Tehran, Iran.